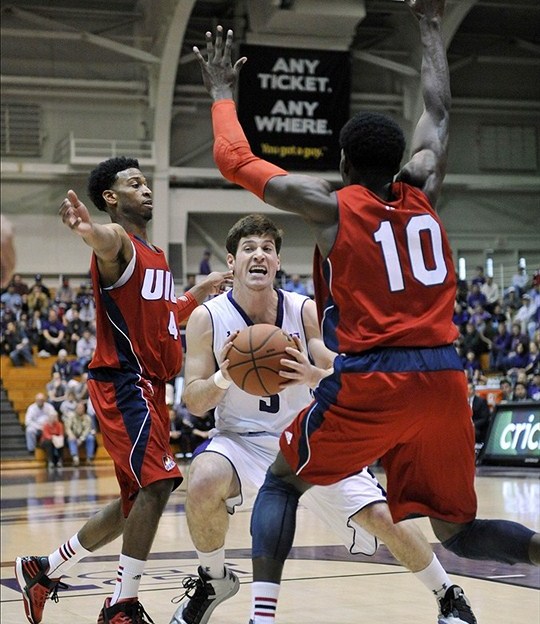 Josh Crittle's go-ahead basket with 53 seconds remaining helped UIC to a 50-44 upset of Northwestern on Saturday. Crittle finished with a team-high 13 points, and Gary Talton's two free throws with 29 seconds left sealed the win for the Flames (6-1). The Wildcats committed 16 turnovers and were just 10 of 20 from the free-throw line.

FINAL: UIC trailed in the waning moments of Saturday's game, but took the lead for good on a field goal by Josh Crittle with with 56 seconds to go and hung on for a 50-44 triumph over Northwestern at Welsh-Ryan Arena in Evanston.

Neither team could seize control of the game, as there were 11 lead changes.

Crittle sparked the Flames, as he had 13 points for UIC in the game. The Flames struggled from the floor, shooting 31 percent (17-of-55). UIC also got a double-digit performance from Daniel Barnes, who scored 10.

Drew Crawford contributed 18 points for the Wildcats in a losing effort. Northwestern also got a double-digit contribution from Reggie Hearn, who scored 10.

The victory extends the Flames' winning streak to five games.

HALFTIME: Drew Crawford has nine points to lead Northwestern to a 26-25 lead over UIC at the end of the first half.

Neither team has been able to take control of the game as the lead changed hands six times.

An aggressive offense and the ability to get to the charity stripe allowed the Wildcats to take a halftime lead. Northwestern went 7-for-11 on free throws in the first half.