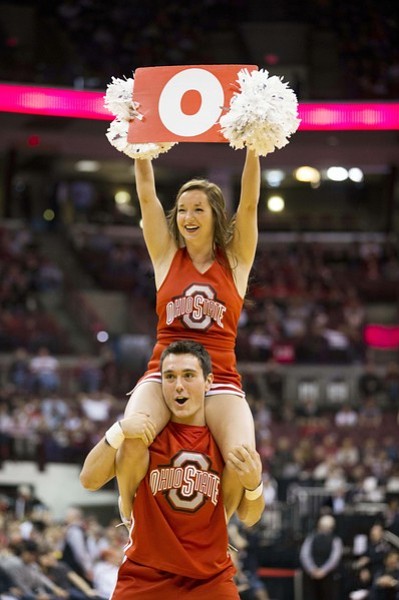 LaQuinton Ross scored a career-high 22 points to lead cold-shooting No. 4 Ohio State to a 70-43 victory over Northern Kentucky on Saturday. Ohio State (5-1) rebounded from a 73-68 loss to No. 2 Duke on Wednesday night in which the Buckeyes led most of the way but faded at the finish.

FINAL: LaQuinton Ross scored 22 points and grabbed eight rebounds to lift No. 4 Ohio State to a 70-43 win over Northern Kentucky on Saturday at Value City Arena in Columbus.

The Buckeyes shot just 38 percent from the field (23-of-60). Ohio State also got double-digit games from Sam Thompson, who scored 10 and Deshaun Thomas, who scored 14.

Jalen Billups contributed 11 points, pulled down nine rebounds, and shot 5-of-8 from the field for the Norse in a losing effort.

Free throws played a key role in the outcome, as the Buckeyes not only went to the line 12 more times than Northern Kentucky, but made the most of their opportunities, shooting 17-of-20. The Norse committed 18 fouls and shot 4-of-8 from the line.

HALFTIME: LaQuinton Ross scored 13 points for No. 4 Ohio State in the first half to carry the Buckeyes to a 36-22 lead over Northern Kentucky.

The Buckeyes demonstrated their offensive efficiency by racking up six assists on 10 baskets. Eight Ohio State players have scored.

Eshaunte Jones and Jalen Billups have carried Northern Kentucky, scoring 18 of the team's 22 total points. Jones has scored nine and Billups has added nine. Northern Kentucky goes into the break with the offensive rebounding advantage, with eight to Ohio State's seven.