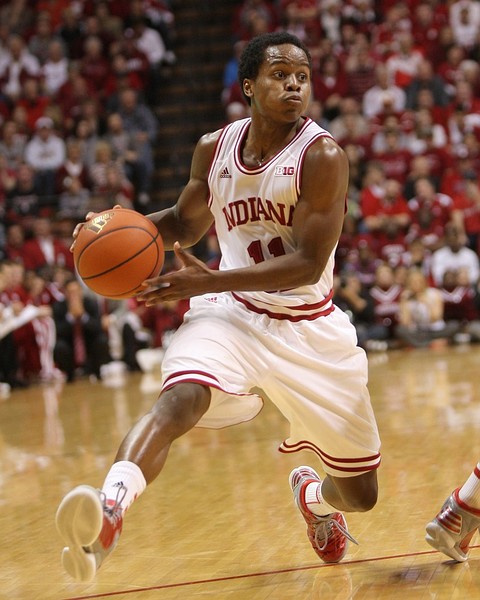 Victor Oladipo and Will Sheehey both scored 14 points to lead No. 1 Indiana to an 87-51 win over Coppin State on Saturday night. The top-ranked Hoosiers (8-0) overcame poor shooting at the start of the game and pulled away from the Eagles (1-6). Indiana missed its first nine shots and didn't take the lead until Christian Watford's 3-pointer with 9:25 left in the first half.

FINAL: Victor Oladipo scored 14 points and grabbed five rebounds and Will Sheehey added 14 points and five boards as they teamed up to lead No. 1 Indiana to an 87-51 victory over Coppin State on Saturday at Assembly Hall in Bloomington. Indiana (8-0) shot 52 percent from the field (31-of-60). The Hoosiers crashed the offensive glass effectively, grabbing 12 offensive boards.

Indiana's Oladipo had six assists and 5-of-9 shooting from the field.

The Hoosiers also got double-digit contributions from Christian Watford and Remy Abell, who each scored 10.

Taariq Cephas scored 13 points, yanked down three rebounds, and knocked down 5-of-8 shot attempts for Coppin State (1-6) in a losing effort. The Eagles shot just 35 percent from the field (19-of-54).

HALFTIME: There were no free points for Coppin State, as No. 1 Indiana clamped down defensively to hold the Eagles to 33 percent shooting in the first half and has a 33-19 lead going into the break after a rocky start.

Both teams have been able to control the opposition's leading scorer. Indiana's Cody Zeller and Coppin State's Patrick Cole have both been held in check during the first half. Zeller has three points and Cole has scored zero.

The Hoosiers built their lead by attacking the rim and getting to the foul line. Indiana went 11-for-12 on free throws in the first half.

Indiana has been effective inside, making 8-of-13 two-point field goals, but the Hoosiers have struggled on the perimeter, shooting 2-for-9 from three-point range. Indiana demonstrated its offensive efficiency by racking up six assists on 10 baskets. Indiana got points from seven different players.