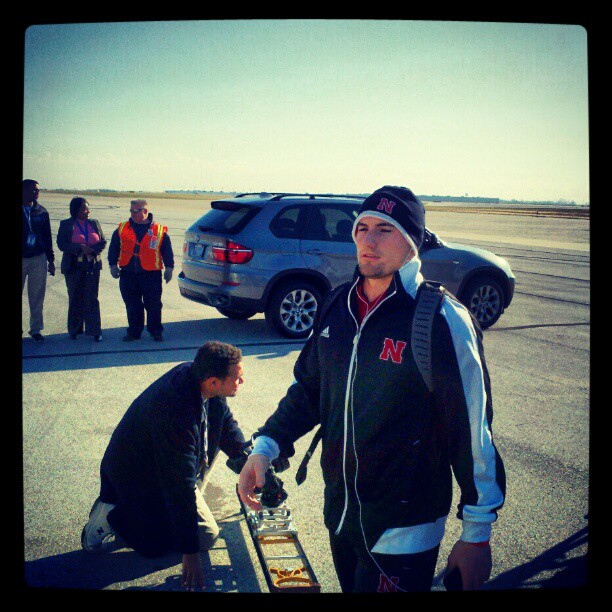 For Nebraska, it hasn?t won a conference championship since defeating Texas, 22-6, in the 1999 Big 12 title game in San Antonio, Texas. Each time I type that fact, I shake my head. But, it?s true.

The Cornhuskers played in the BCS title game in the Rose Bowl after the 2001 season, but they didn?t win the Big 12. In fact, Nebraska didn?t even play in the Big 12 title game that year after getting hammered 62-36 in the season finale at Colorado. It was one of those bizarre ?BCS chaos? seasons. Despite getting belted, the Huskers still finished high enough for inclusion in the BCS championship game.

This trip to the Big Ten title game takes Nebraska and Pelini back to the precipice of big things. He has stood on this edge twice as Nebraska?s head coach, taking the Cornhuskers to the Big 12 title game in 2009 and 2010. But Pelini lost both games, falling to Texas and Oklahoma. Is this team any different than those two?

?I don?t know about that,? said Pelini. ?We?ve come up short the last two times we?ve gone into the game. We?ve played two good football teams and lost two tough games. I don?t get into dissecting and the psychology. We?re either going to make enough plays to win or we?re not.?

For Pelini, this is a chance to put an indelible stamp on his coaching career. He has done a lot of good things since taking over Nebraska in 2008.

But you could sense maybe the pressure of the job was starting to wear on Pelini. This is a high-profile position that comes with a lot of scrutiny. To wit: His sideline behavior was a major focus of discussion earlier this season-and throughout most of his Nebraska tenure. Everything about Nebraska football is hyper analyzed. And no move is too innocuous, sending local scribes to bang out a column while Internet message boards buzz with opinions transmitted from every basement from Scottsbluff to Omaha. A win here in Indy will make everyone smile-at least for a little while.

?It?s the next game, so it?s important,? says Pelini, refusing to play-up this game.

There was a time earlier this season when it looked like the Cornhuskers may not get here. Severe doubt was cast on the 2012 team after it gave up 653 yards in a 36-30 loss at UCLA in the second game of the season. A month later, Nebraska was ripped for 63 points in a loss at Ohio State. Full-on panic ensued in Husker Nation. But there would be no internal finger pointing.

"It's a team loss and we have to move on from here," Husker quarterback Taylor Martinez said afterward. "We still have everything in front of us."

But Pelini knew the losing and suffering had to end right here. And that?s when he said it while standing amid the rubble of the Ohio State loss:

It was a very un-Pelini thing to say. He almost never-no, he never-looked beyond the next play, the next game. But there was Pelini, staring at the media after of one of the ugliest losses in school annals, making a bold proclamation.

Well, Pelini and the Huskers have delivered. And they have done so in dramatic fashion during the ?can?t-lose-a-game? stretch drive that has featured high drama.

?I wish we could make it easier on us,? said Pelini after the Michigan State win. ?I?m aging quick.?

Just call them the ?Cardiac Cornhuskers,? who also roared back from a 17-point deficit-the second-largest in school history-against Wisconsin to win 30-27 on Sept. 29.

?Something?s up,? linebacker Alonzo Whatley said after the MSU win. ?This season is definitely meant to be.?

It sure looks that way.

"It would be special to present (coach Tom Osborne) with that trophy,? said Pelini. ?He means a lot to me and to a lot of people."