Friday's links: Gearing up for the B1G game 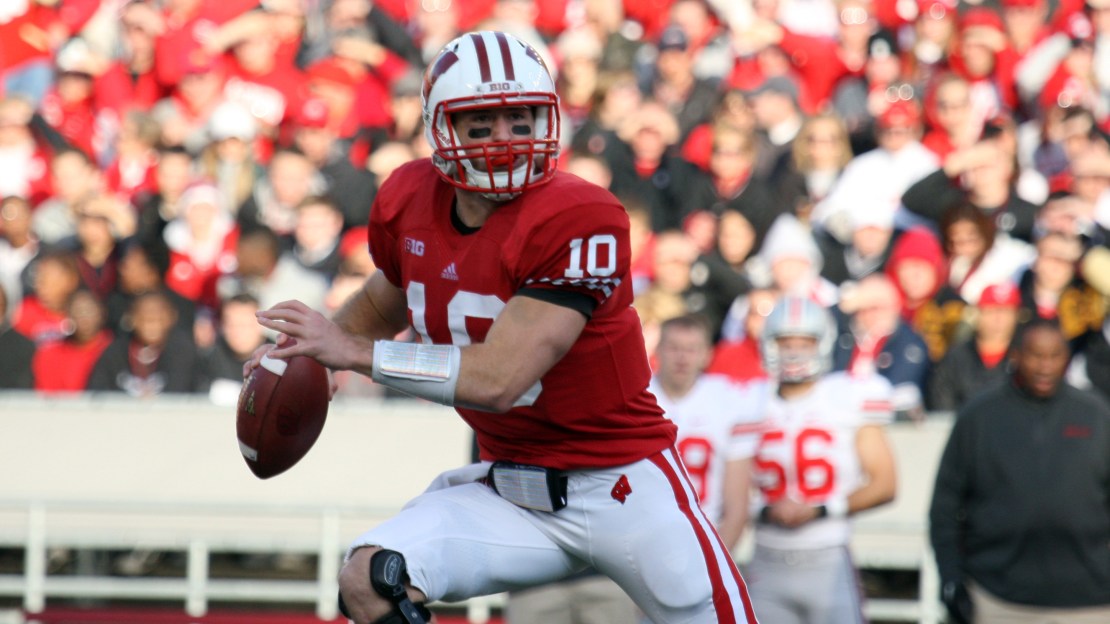 News of the Big Ten title game percolates, with kickoff set for 8:17 pm ET on Saturday in Indianapolis. One of the interesting stories is Wisconsin quarterback Curt Phillips, a fifth-year senior who will be making just his fourth career start. Read about that-and other conference grid news-in my daily links.

Phillips? story of perseverance and never giving up despite suffering multiple knee injuries is impressive. It?s quite a contrast to Nebraska counterpart Taylor Martinez, who emerged as a star as a true freshman and never has looked back. For either of their teams to win, they will need to pass enough to create room for the running game.

Brian Christopherson and Steve Sipple of the Lincoln Journal Star look at the keys to the Big Ten title game in this video.

My biggest key? Which team can establish the run?

Looking for a key to Nebraska?s season? You have to go back to the spring, when Bo Pelini had his team go through ?The Program,? a boot camp-type regime that steeled the will, focus and toughness of the Cornhuskers.

Husker defensive back Ciante Evans told Dirk Chatelain of the Omaha World-Herald: ?That's when this team really came together.?
The basic goal of The Program, says Chatelain: By removing athletes from their comfort zone, exhausting them physically and stressing them mentally, he believed, The Program could expose weaknesses and force players to look at their responsibility in a new light. Among the core principles: Set high standards. Pay attention to detail. Perform under pressure.

Hard to argue with Nebraska?s results, as they arrive in Indianapolis riding a six-game winning streak and sporting a 10-2 record.

Did any Big Ten team have a more surprising season than Penn State? Of course not. The 8-4 record forged by Bill O?Brien?s crew was impressive. Jay Sherm of PennLive.com offers five reasons for the surprising season.

Even better, Sherm points out next year with the addition of Christian Hackenberg and Adam Breneman combined with Zach Zwinak and Allen Robinson returning, the Lions should be in position to continue to quietly turn heads.

No doubt, another winning record will be impressive, as scholarship limits will further compromise the team?s depth. O?Brien?s challenges only are just beginning.

Charley Waters of the St. Paul Pioneer Press wonders if Minnesota would have hired Jerry Kill if his seizures were as visible. Former Gophers A.D. Joel Maturi thinks so.

Harty says the wingback position that would be a threat to run or catch on any given play. Junior-to-be Kevonte Martin-Manley is the closest Iowa has to that, but he?s still just a slot receiver. It?ll make no sense having Damon Bullock, Greg Garmon, Jordan Canzeri, Michael Malloy and Barkley Hill all standing on the sideline watching Mark Weisman carry 25 to 30 times per game next season, notes Harty.

I like this idea. Hey, with how Iowa struggled on offense, all ideas should be put on the table in hopes of rebounding from the school?s worst season since 2000.

First BIG title game was terrific. I anticipate #Badgers-Huskers will be a war.

My take: The first meeting this year was great. Can only hope the Big Ten title game rematch is as good. If you recall: Nebraska rallied from a 17-point hole to win, 30-27.

With the Southern Miss game being moved to Lincoln, Nebraska won't go on the road in 2013 until Oct. 12. Talk about a home stand. #huskers

My take: Is this fair? It just doesn?t seem fair. Oh, well. College football never has been a level playing field. And it never will be. This isn?t the NFL.

My take: This figures to be a nice event. Just imagine the celebration if the Buckeyes win another national title?