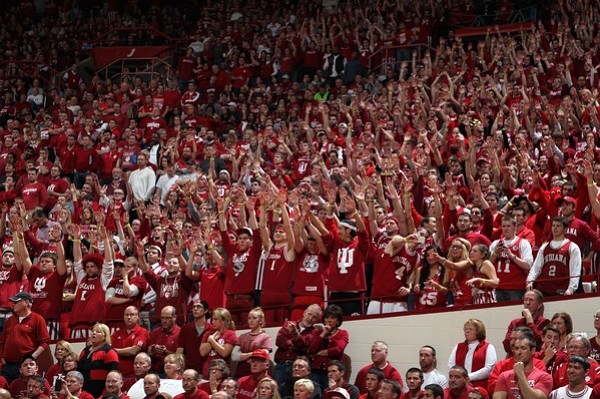 All in all, it was quite a good first night for the Big Ten in its Challenge with the ACC. Let's take a quick look at the results.

The night?s marquee game was Indiana vs. North Carolina, and the nation?s number one team did not disappoint. The Hoosiers were  a double-digit favorite, so the fact that they won was not a surprise, but the manner in which they won was mighty impressive. For much of the first half, it was a back-and-forth game, with neither team really playing their best. Indiana closed the half on a run to take a nine point lead into the locker room. The Hoosiers were shooting 25 percent on threes and were still handling a top 20 team with relative ease. After the break, the Tarheels didn?t know what hit them. Indiana played perhaps its best defensive half of the Tom Crean era and blew the game wide open. Five minutes of clock time would elapse before North Carolina?s first points of the second half, and by then the Indiana lead had swelled beyond 20. The defense displayed by the Hoosiers after the break was astounding:

North Carolina isn?t a great offensive team, but it?s not a bad one either (40th nationally per KenPom). In that second half, Indiana made UNC look like just another cupcake taking its licks in Assembly Hall. It might be time to admit that this defense is for real, which in turn means that Indiana truly is the best team in the nation. From here, it looks like the Hoosiers won?t get a real challenge until well into the new year. Let the unbeaten speculation begin.

Minnesota came up with the night?s second-most impressive performance, a nine point victory at Florida State that really wasn?t that close. With aggressive offense and stout interior defense, the Gophers steadily built a lead that reached 21 points before the Seminoles managed to make the final margin more respectable.

As usual, Minnesota did not control the defensive glass, which marred an otherwise solid defensive effort, but the offense was so good that it didn?t matter. The Gophers shot 51 percent on twos against a program that is normally among the national leaders in two-point defense. Admittedly, this Florida State squad doesn?t look like your usual Leonard Hamilton defense, but it was still an impressive road effort for Minnesota.

The Gophers have played the Big Ten?s second-toughest schedule thus far (just behind Michigan), and Tubby Smith?s team is 7-1. Perhaps most impressive is that this start has come without all that much from Trevor Mbakwe, who is averaging eight points and six rebounds in 18 minutes per game. If Mbakwe can get back to his old self, this team gets even more scary.

Michigan?s offense was incredible against NC State, but the Wolverines? interior defense got exposed a bit in a seven point win. The Wolfpack shot 63 percent on twos and won the rebounding battle, but Michigan still won rather easily. What gives?

When your offense is as crisply efficiency as Michigan?s was, all manner of defensive sin can be forgiven. After turning it over on two of their first three possessions, the Wolverines scarcely made a mistake, turning it over just four times over the remaining 60 possessions. That, coupled with accurate shooting, comprises an offensive attack that is a beauty to behold.

If you wanted to archive for posterity an example of a perfect college point guard, you could do no better than Trey Burke?s performance against NC State. In the first half, Burke deferred and ran the show, piling up nine assists and zero turnovers. In the second half, Burke took what the defense gave him, and he efficiently poured in 18 points. Burke?s final line: 18 points, 11 assists, zero turnovers. It gets no better than that.

Elsewhere in the Challenge, Iowa and Northwestern got exposed defensively, and Nebraska did its part with a surprisingly easy win at Wake Forest. The play of Ray Gallegos (20 points, zero turnovers) could soon have everyone taking a mid-career developmental redshirt. The young man has been fantastic, and I?m beginning to wonder if his year away was used to outfit him with cyborg parts a la RoboCop.

The Big Ten leads 4-2 (can Maryland count as a half-win for the B1G?), and it?s hard to see how the ACC can prevent its fourth straight loss with tonight's slate:

The Big Ten can clinch the Challenge tonight simply by holding serve at home against lower rated teams. That plus one road win can wrap up the 8-4 win predicted by us Geeks. It's a good time to be a Big Ten fan.