Burke sends No. 3 Michigan past No. 18 NC State 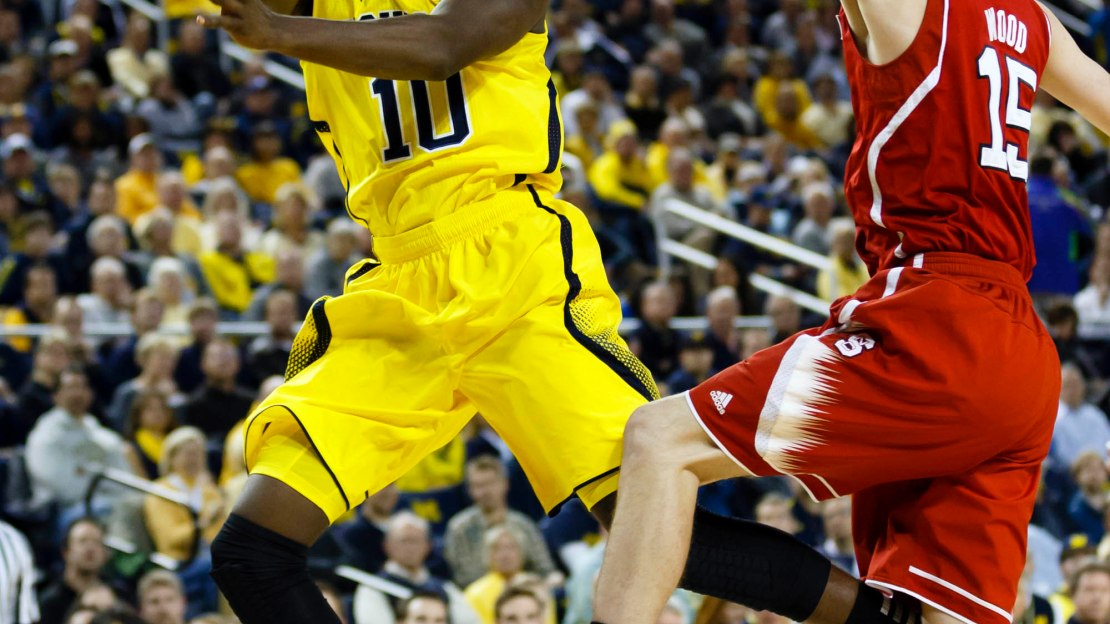 Freshman Nik Stauskas led the Wolverines (6-0) with 20 points and Tim Hardaway Jr. added 16, but it was Burke who controlled the game, equaling his previous career high of nine assists in the first half and going the whole game without a turnover.

It was 75-70 when the Wolfpack forced a turnover and called a timeout with 54.4 seconds to play, but C.J. Leslie was called for an offensive foul.

FINAL: Nik Stauskas scored 20 points, Trey Burke added 18 points and Tim Hardaway Jr. chipped in 16 to lead lead No. 3 Michigan to a 79-72 victory over No. 18 North Carolina State on Tuesday at Crisler Center in Ann Arbor. Michigan (6-0) hit 50 percent of its field goals (27-of-54). The Wolverines were on fire from beyond the arc during the game, shooting 38 percent (9-of-24). Michigan also got double-digit games from Glenn Robinson III, who scored 11. T.J. Warren scored 18 points, corralled four rebounds, and shot 8-of-9 from the field for North Carolina State (4-2) in the game.

HALFTIME: Nik Stauskas scored 13 points and Tim Hardaway Jr. added 11 for No. 3 Michigan to carry the Wolverines to a 43-36 halftime lead over No. 18 North Carolina State. Michigan trailed 10-9 when it broke out for a 7-0 run to overtake the Wolfpack and seize a six-point lead. The Wolverines shared the ball, finishing with 10 assists on 16 field goals in the first half. Michigan put the clamps on North Carolina State's three-point game (2-of-6, 33 percent from long range)