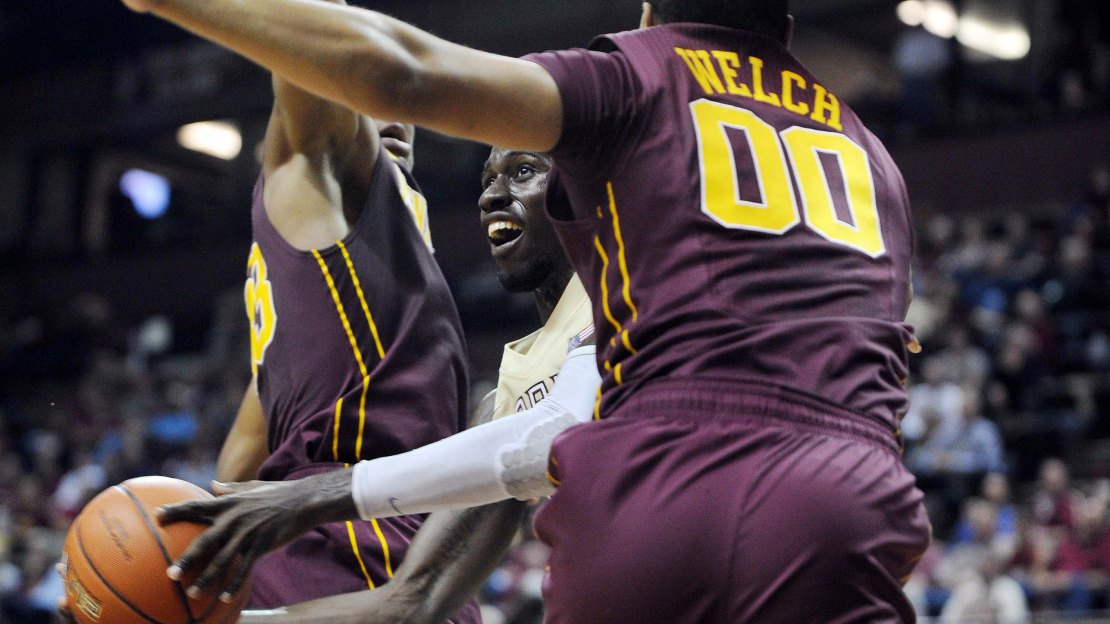 Austin Hollins 13 and Andre Hollins 12 for the Gophers, who never trailed.

Minnesota (7-1) led 38-25 at halftime and by as many as 21 in the second half. The Gophers' lone loss was to second-ranked Duke on Thanksgiving in a holiday tournament in the Bahamas.

FINAL: Terrance Shannon scored 14 points and grabbed 11 rebounds, but it wasn't enough to lead Florida State past Minnesota, as Florida State (4-2) fell 77-68 on Tuesday at Donald L. Tucker Center in Tallahassee. Joe Coleman sparked Minnesota (7-1), as he had 16 points, hauled in six rebounds, and went 8-of-13 from the field in the win. The Golden Gophers hit 47 percent of their field goals (26-of-55). Minnesota also got double-digit contributions from Andre Hollins, who scored 12, Austin Hollins, who scored 13, and Rodney Williams Jr., who scored 14.

HALFTIME: Austin Hollins had 11 points on 4-of-6 shooting to lead Minnesota to a 38-25 lead over Florida State at the end of the first half. The Golden Gophers didn't trail once in the first half and led by as many as 15 points. Minnesota made it rain from long range, shooting 50 percent (4-of-8) from three-point land. The Gophers got points from eight different players. Andre Hollins chipped in six points, Julian Welch five and Joe Coleman and Rodney Williams added four apiece. Florida State's Terrance Shannon closed the half with four points and three rebounds.