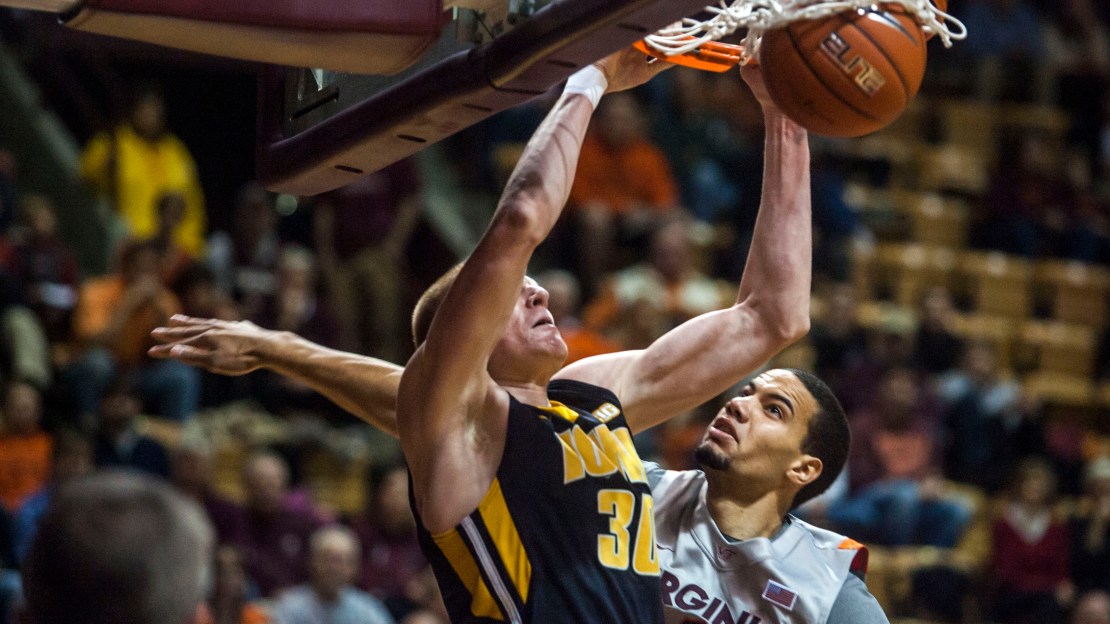 Erick Green scored 24 points and Robert Brown had 18 Tuesday night, leading Virginia Tech to a 95-79 victory against Iowa in the ACC-Big Ten Challenge.

The Hokies (6-0) broke away with a 19-1 run spanning the halves, then withstood a run that pulled the Hawkeyes to within 57-54 with 12 minutes left. Virginia Tech then went on a 12-4 burst to rebuild the margin. The victory, under first-year coach James Johnson, gave the Hokies their first 6-0 start since 1982-83.

FINAL: Erick Green scored 24 points and Robert Brown added 18 as they teamed up to lead Virginia Tech to a 95-79 victory over Iowa on Tuesday at Cassell Coliseum in Blacksburg. Defense was an afterthought, as Virginia Tech (6-0) shot 52 percent (32-of-61) and Iowa (5-2) shot 48 percent (31-of-64). The Hokies also went 27-of-30 from the charity stripe as a team (90 percent). Aaron White scored 21 points and knocked down 8-of-15 shot attempts for the Hawkeyes in the game. Iowa also got a double-digit performance from Roy Devyn Marble, who scored 18.

HALFTIME: Virginia Tech has a 46-38 lead over Iowa thanks to a hot-shooting offense. Hokies shot shot 50 percent in the first 20 minutes. Both teams took turns controlling the momentum as there were six lead changes. Virginia Tech built its lead by attacking the rim and getting to the foul line. The Hokies shot 13-of-15 free throws in the first 20 minutes.

Trailing 37-36, Virginia Tech used a 10-0 run to blow past the Hawkeyes and take a nine-point lead. Nine Virginia Tech players scored in the half.

The long-distance game has been bottled up for Iowa, who made 3-of-12 from beyond the arc in the first half, while shooting 67 percent (12-of-18) on two-point shots. Iowa got points from eight different players.

The Hokies' Erick Green already has eight points. The Hawkeyes' Aaron White had a big first half, with nine points.