Big Ten Geeks: Who lives in the basement? 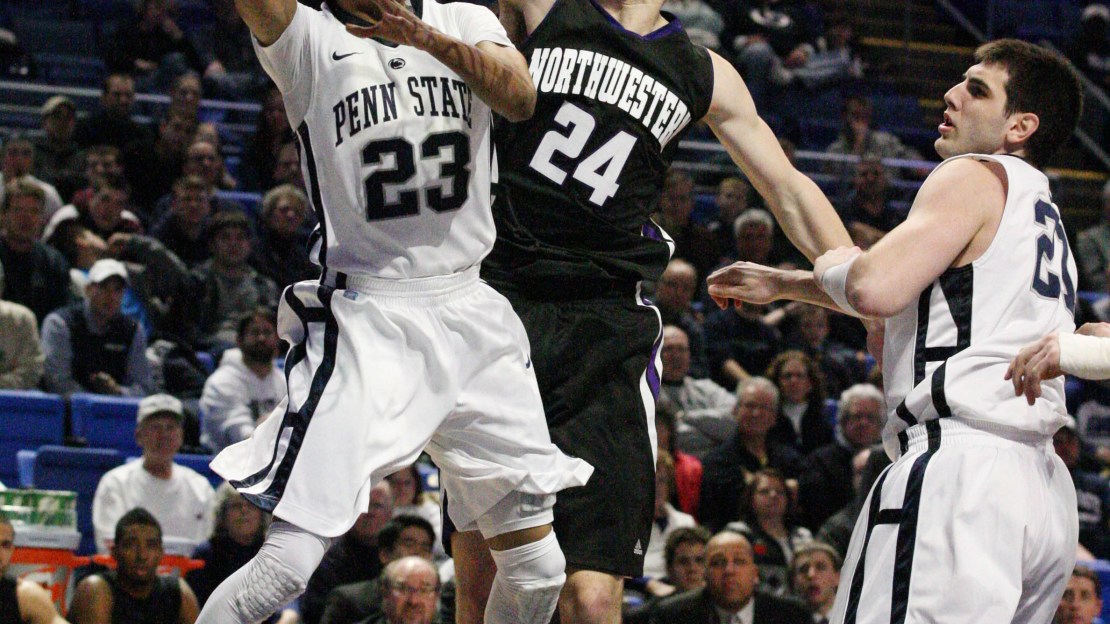 On our final point/counterpoint, we'll deal with the question that all Big Ten fans care the most about: who will finish in last place?

Before Tim Frazier was lost for the season, the Nittany Lions had a relatively upbeat (I stress relatively) topic. Something along the lines of whether there was anyone on the current Penn State roster that would be part of the next Nittany Lion team that makes the NCAA Tournament team. Hey, you have to start somewhere.

But then Frazier went down, and, well, Penn State?s season was basically lost-not that it was going anywhere good in the first place. Tim Frazier was the only player in the rotation with an offensive rating above 100, other than freshman Brandon Taylor. And Taylor?s calling card is the fact that he?s 5 for 7 on shots in and around the paint, so it?s not like he?s on the shortlist for Freshman of the Year candidates.

With Frazier out, things basically go from bad to terrible. Pat Chambers is running a three-point heavy offense, and the team is shooting twenty percent on three-pointers. Such a low mark nearly defies physics. Granted, the Nittany Lions have played a relatively robust schedule as November basketball goes, but this team also got housed by Akron. Sure, Akron?s not so bad, but 25 points?

As for Nebraska, they?re 4-1, with a win over a solid Valparaiso team. And while Tim Miles is in for a long rebuilding job, you have to like the style of basketball the Huskers are playing, with an obsession over cleaning the defensive glass. Such an approach goes a long way in the Big Ten, where turnovers are rare, leaving rebounding as the surest way to end offensive possessions. You saw this same thing with his Colorado State and North Dakota State teams as well. While his typical offense (which was fueled by free throws) hasn?t taken off quite yet, it?s good to see that he?s been able to implement at least some of his system.

At Penn State, it was pretty clear that the ?plan? was to pass the ball to Tim Frazier, and see what happens. That was option A, B, and C. My guess is that, with Frazier out, the plan becomes pass it to D.J. Newbill, and do pretty much the same thing. The big problem with that approach is that Newbill isn?t nearly as good as Frazier. Moreover, while Newbill was Robin to Frazier?s Batman, who becomes the supporting actor now? It?s not like there was a long line of capable scorers just waiting for a chance.

In sum, it?s going to be a long year for the Nittany Lions.

I too am impressed by Nebraska?s win over Valparaiso, but I think it?s akin to 2008-09 Indiana?s win over Cornell. After that game, Cornell would go on to win the Ivy and play in the NCAA tournament, while the Hoosiers lost 23 of 25 games to close the season. I think the Valpo win will prove to be a similar aberration for Nebraska.

Now, the Tim Frazier injury does make this a much closer call. Let?s try looking at this through more of a preseason lens, as if Frazier had been lost in the summer.

Penn State was better last season AND has more minutes back AND has more Sophomore Leap candidates. Now, simply looking at minutes understates the impact of Tim Frazier–clearly his minutes mean a lot more than Jermaine Marshall?s minutes. This is probably closer than this table indicates, but I still think Penn State will be a little better than Nebraska.

That said, we?re arguing over scraps here. I wouldn?t be surprised if the two squads combined for something like five conference wins with how strong the Big Ten is.