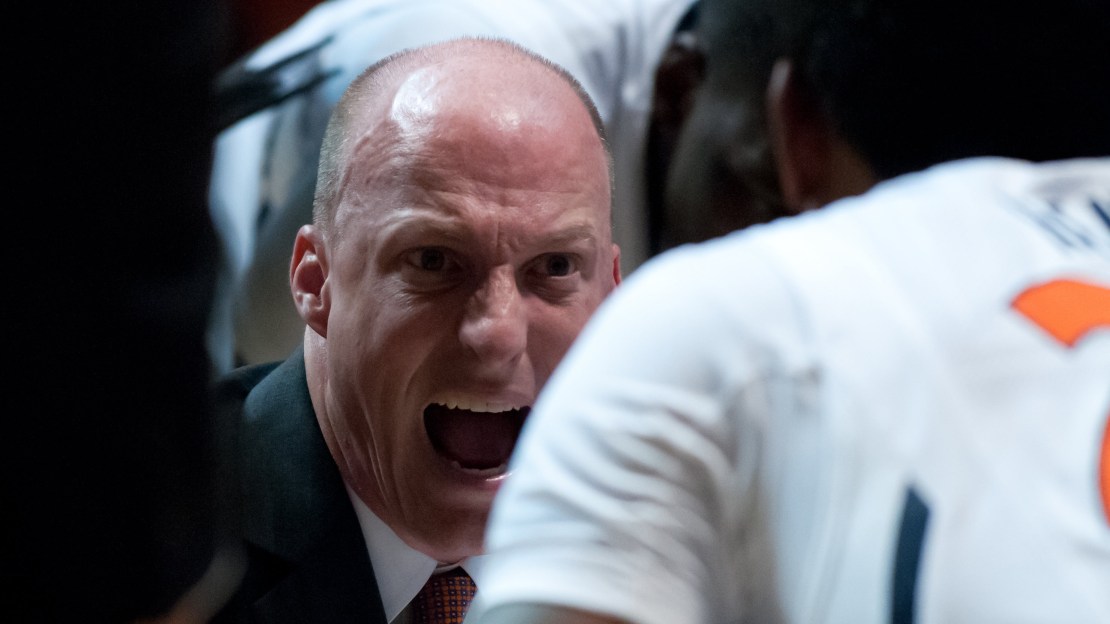 Tyler Griffey buried a long 3-pointer with four seconds left and Illinois survived a scare Sunday by beating Gardner-Webb 63-62. After winning the Maui Invitational, the Illini (7-0) came home and needed to rally against Gardner-Webb.

Griffey's 3 followed a banked-in 3-pointer from Tashan Newsome with 12 seconds left that gave the Runnin' Bulldogs (4-4) a 62-60 lead.

The Illini overcame cold shooting. They hit just 33 percent of their first-half shots and led Gardner-Webb 24-23 at halftime.

FINAL: Tyler Griffey hit a deep 3-pointer with five seconds left to lift Illinois past Gardner-Webb, 63-62, on Sunday at Assembly Hall in Champaign. The game-winning trey was the finishing touch on Griffey's 13-point performance in a dramatic win for Illinois (7-0). Joseph Bertrand, Brandon Paul and D.J. Richardson all scored 13 points. The Fighting Illini were more on target with their field goal shooting, maintaining a 44 percent (21-of-48) field goal percentage to the Runnin' Bulldogs' 41 percent (22-of-54).

HALFTIME: Illinois trailed Gardner-Webb late in the first half before going on a 11-2 run to take a 24-23 lead into the break. Both teams have been able to control the opposition's leading scorer. Neither the Fighting Illini's Brandon Paul nor the Runnin' Bulldogs' Max Landis have been able to get going. Paul has one point and Landis has scored three. D.J. Richardson paces Illinois with 10 points. Donta Harper scored eight points for Gardner-Webb.