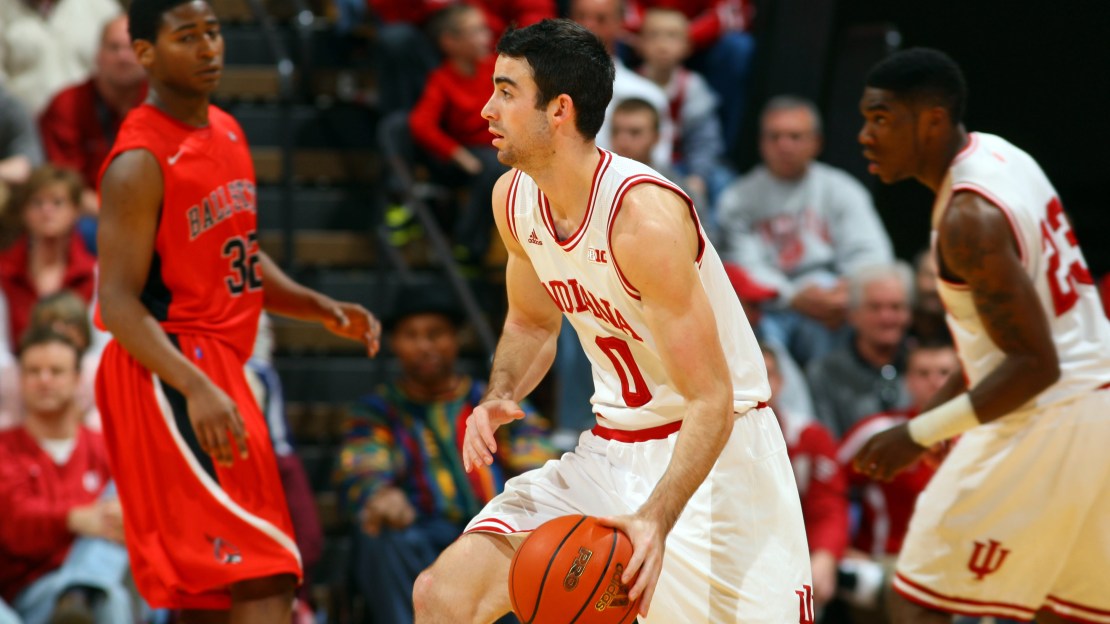 Will Sheehey scored 19 points to help No. 1 Indiana defeat Ball State 101-53 on Sunday. Jordan Hulls scored 17 points, Cody Zeller added 15 and Christian Watford had 11 points and 10 rebounds for the Hoosiers (6-0).

It was Indiana's first game since winning the Progressive Legends Classic with victories over Georgia and Georgetown in Brooklyn, N.Y.

The Hoosiers already had been averaging 86 points per game before shooting 61 percent from the field against the Cardinals.

FINAL: Will Sheehey scored 19 points, on 8-of-9 from the field, and grabbed seven rebounds to lift No. 1 Indiana to a 101-53 win over Ball State on Sunday at Assembly Hall in Bloomington. Cody Zeller did his part, too, with 15 points and nine rebounds. The Hoosiers (6-0) hit 60 percent of their field goals (38-of-63) and also received double-digit efforts from Jordan Hulls (17 points), Victor Oladipo (13) and Christian Watford (11). Majok Majok had 18 points and hauled in five rebounds for Ball State (2-2) in the loss.

HALFTIME: Jordan Hulls scored 12 points, on a perfect 5-of-5 effort from the field, and No. 1 Indiana leads Ball State 50-19 at the half. Will Sheehey scored 11 points, grabbed three rebounds, and shot 5-of-6 from the field. Following a slow start, the Hoosiers, who led 10-8 six minutes in, finished the half on a 40-11 run. Indiana shot an impressive 63 percent from the field.