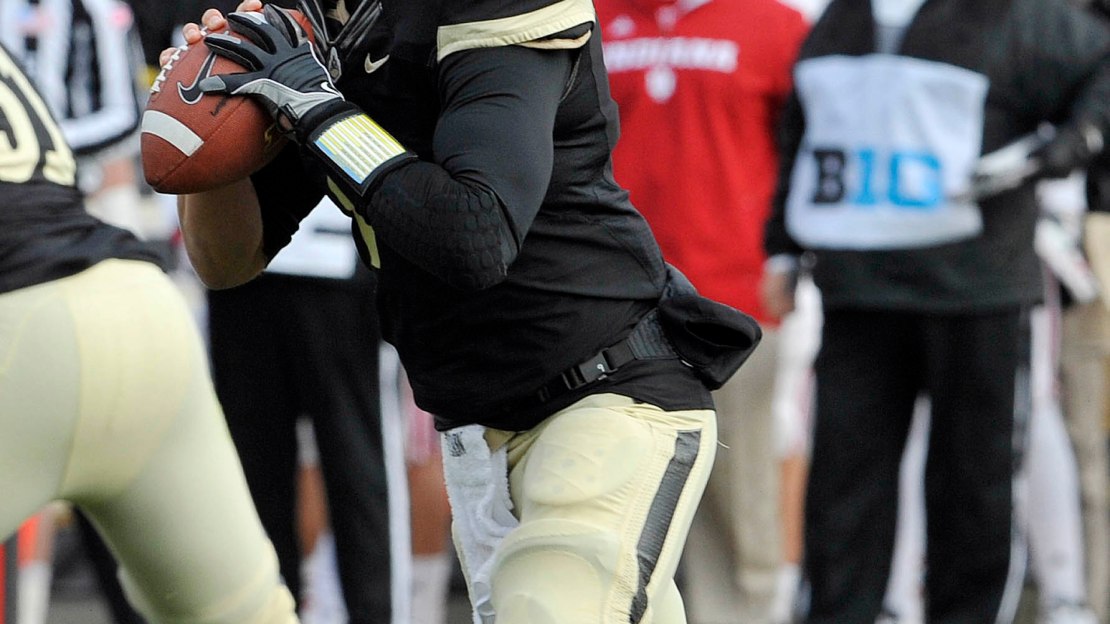 Purdue 56, Indiana 35
1. The Boilermakers showed guts and guile in winning their last three games to become bowl eligible for a second season in a row for the first time since 2006-07. And this one was close, being tied 35-35 late before Purdue scored three touchdowns in a four-and-a-half minute span to seal the victory and win the Old Oaken Bucket for a second season in a row. Akeem Shavers was a stud in running for 126 yards and notching 99 yards receiving with three touchdowns

2. Robert Marve was a star again. The sixth-year senior threw for a career-high 348 yards and four touchdowns. And he did it all on one good knee. It continues a remarkably gutsy run by Marve down the stretch, as he simply wouldn?t let the Boilermakers lose when their back was against the wall the last three weeks.

3. The loss is painful for Indiana, which has now dropped nine of the last 11 Old Oaken Bucket meetings. But the Hoosiers finish with four wins-including two in the Big Ten-and made marked progress in Kevin Wilson?s second season in Bloomington. The future is bright-and will be brighter as more talent is brought into the program.

Northwestern 50, Illinois 14
1. The win ended a two-year losing skid for Northwestern vs. Illinois, allowing it to claim the Land of Lincoln trophy. But more importantly, the triumph improved the bowl stock of the Wildcats, who seem destined for a New Year?s Day date in Florida. The Wildcat offense was roaring today, notching 450 yards with 338 coming on the ground.

2. Wildcats quarterback Kain Colter enjoyed one of the better games of his career, hitting 9-of-11 passes for 102 yards and three touchdowns and running 14 times for 88 yards and a score. He was almost unstoppable. NU has nine wins for the first time since 2008. And the season could be even better if not for some second-half meltdowns earlier this year.

3. The misery continues for Illinois, which closed the season with nine losses in a row. The Illini?s Big Ten losing streak now stands at 14. Nine penalties and four turnovers tell the story for Illinois, which struggled in its maiden voyage under Tim Beckman.