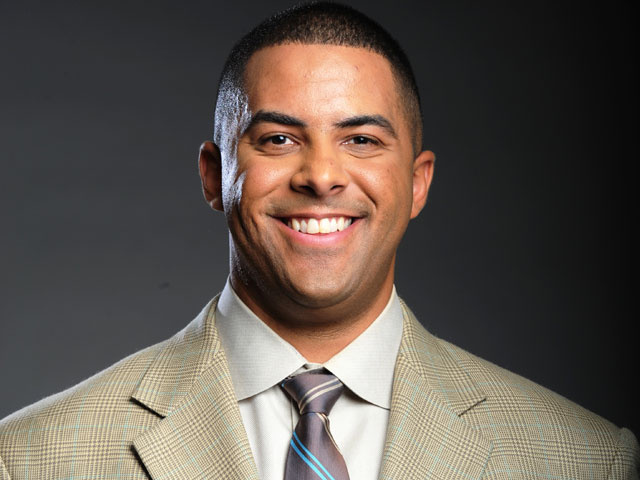 Move on to the real world or continue to play college sports? That?s the dilemma former Gopher standout Derek Rackley faced after receiving his undergraduate degree from Minnesota. I sat down one-on-one with Rackley earlier this month and asked him to share his best story from his playing days under former head coach and current BTN analyst, Glen Mason.

After redshirting his freshman season, Rackley went on to become a four-year starter at long snapper for the Gophers from 1996-1999. He now serves as an in-game and studio analyst at the Big Ten Network. Rackley regularly appears on BTN?s ?Big Ten Pulse." Before joining the Big Ten Network in 2010, Rackley spent eight seasons in the NFL, six of which were with the Atlanta Falcons and two with the Seattle Seahawks. But Rackley?s journey to the NFL was anything but traditional. In fact, he probably wouldn?t have played a single down in the NFL if it wasn?t for his former head coach, Glen Mason, convincing him to do so.

I talked to Rackley about his journey in my latest installment of Big Ten Tales.

BTN.com: I know you redshirted your first season on campus at Minnesota, so because of that, you graduated in four years. That has to be a tough decision for anyone to come back and play that fifth year after already graduating, right?
Derek Rackley: It was tough for me, especially because I was a pretty good student and was motivated to get out and get into the working world. So because of that, I started interviewing for jobs and seeing what was out there right after I graduated. I was a business major, did really good in some interviews, got a lot of job offers and felt like it really was my next calling to go out into the business world.

BTN.com: So let me guess – you landed a pretty solid gig with that fancy Minnesota business degree?
Rackley: Indeed I did. I accepted a job with General Mills and informed Coach Mason and the staff that I was going to forego my final year of eligibility and I was going out to work in the business world. I told them in the spring and then when summer came around, I started my job. Right away, I thought I was a big hotshot. I got a company car and I was finally making money after being in college and having no money.

But, even though I was working now, I always stayed involved with the University. I would often go back to the school and I spent a lot of time working out there still. Well, one of the times I was back there working out, I ran into Coach Mason and his staff as they were just coming back from one of their morning runs. He approached me and said, ?What do you think about coming back for your final year? We're having a tough time finding a new long snapper.?

So I said, ?Coach, how would that work? I understand with NCAA regulations, you can?t be on scholarship because I?d be making a certain amount of money.? I remember, he just said, ?Well, you just think about it and if it?s something you?re interested in, we will talk about all the details later.?

So I went back and thought about it a lot. This was 1999, and we were poised to have a really good season. We had a lot of talent coming back and we hadn?t been to a bowl game in 14 seasons. Minnesota had been in the cellar for a long time and the idea of playing in a bowl game was certainly enticing.

BTN.com: How would that work out since you already had a full-time job? You couldn?t be on scholarship then, correct?
Rackley: That?s correct. It turned out that I couldn?t be on scholarship because I was making more than the NCAA imposed minimum of how much an athlete could make and still have their education paid for. I had to take six credits of graduate school in order to be eligible and I would have to pay for that on my own. Coach Mason also told me that they would work around my schedule; so basically, I wouldn?t need to go to training camp and I wouldn?t have to go to practices during the week. I could come right over after work and they could move special teams practice later on in the practice, in order to accommodate my work schedule. I also needed to take four half-day vacation days for our four away games, and that would be it.

BTN.com: Well that sounds pretty ideal to me. How could you turn that down?
Rackley: Exactly. I didn?t have to come to training camp, they would shuffle practice around where they would do punt and field goal when I could get there, I could still have my job, still have my company car, and just take four credits of grad school. I mean, that?s pretty much very athletes dream. I get to play for the team, but I don?t have to do all the hard stuff.

BTN.com: So I assume you accepted the offer?
Rackley: Well, I started thinking about it really seriously after that conversation. I talked about it with my folks and they were all behind it. I then talked with General Mills, and they were fine with it. So I said ?Yeah, let?s to do.?

BTN.com: Did that season turn out as well as you had expected?
Rackley: Yes, it really did. Everything worked out how we had thought. We had a great year and ended up with a really solid 8-3 record. We went to the Sun Bowl and ended up playing Oregon, which was led by Joey Harrington at quarterback. We ended up losing, but the point was that we finally made a bowl and had an overall good year.

BTN.com: What kind of season did you have personally?
Rackley: I had a good season personally, probably my best one ever. I started getting calls from the NFL and agents, that kind of snowballed, and the rest was history.

That next season, I was signed as an undrafted free agent by the Atlanta Falcons. I made the team and ended up playing eight years in the NFL after that. And remember, if I had not come back for that fifth season, which was the idea of my former coach and current co-worker, Glen Mason, I probably would have never played in the NFL.

BTN.com: Wow, that?s an incredible story. So what ended up happening with General Mills?
Rackley: Well, I ended up working with them for about nine months, and then when I signed with Atlanta, that was that. But I kept them in the loop with everything. They knew that I was going through this process. And I remember, I called my boss that Monday after the NFL draft weekend and I said, ?I got good news, I signed with Atlanta Falcons.?

BTN.com: I always get nervous going into those kinds of conversations. Were you nervous at the time?
Rackley: Yeah, I was. But he lit up when I told him. He said, ?What?! You're signing with the Atlanta Falcons? You don?t even need to put in your two weeks. Get out of here!?

But I was a loyal employee and I did stay the two weeks. I turned in my notice, turned back my company car, went to training camp with the Falcons, made the team as a rookie, and the rest was history.

BTN.com: So let me ask you this: If you wouldn?t have come back for that last season, would it have ever been a possibility in your mind that you would have gone to the NFL?

Rackley: No, because I pretty much gave it up at that point when I accepted the job. I think there were some teams that showed a little interest my junior year, but they weren?t talking to me. They were talking to the coaches and trainers, just trying to get my background information, but that was about it. So when I came back, that?s when I started getting some calls. Teams were asking me if I was interested in playing in the NFL, and I said yes, and then it kind of took off from there.

BTN.com: Did you have any workouts with teams before the draft?
Rackley: Yeah, actually, John Harbaugh gave me a call. He was the special teams coach for the Eagles at the time. He flew into Minneapolis and he worked me out. I also worked out with the Minnesota Vikings as well. But the Falcons never said anything and they never worked me out. I guess they saw enough on film to take a chance on me, so I just narrowed it down and Atlanta made a lot of sense to me, and I guess I made the right call.

BTN.com: What was Glenn Mason like as a coach?
Rackley: Oh he was tough.

BTN.com: Any good stories with him?
Rackley: Well, our previous coach, Jim Wacker, he knew everything about you. He knew your name, he knew your parents, and he knew where you were from. You name it, he knew it. But when (Mason) came in, of course there were a lot of guys on the team that weren?t his recruits, so he didn?t know anything about you. The first couple of practices we came in, he would only call people by their numbers. The players weren?t too happy with that, let me tell you.

BTN.com: Sounds like a big change from what you guys were used to?
Rackley: It was the exact opposite of our previous coaches. He didn?t even know our first names, not less our last names. If he couldn?t see the tape on your helmet with your name on it, he?d just call you by the numbers. But of course that changed over time once he got his players in.

Glen Mason did an excellent job at Minnesota. He had an identity, he stuck to his identity through his career, and that?s why it worked. It was always the same thing. You just knew every year what the focus was going to be. On offense, you had to run the football, and on defense, you had to stop the run. If we didn?t do anything else, those were the two things that we were going to do. And really, that?s how we won football games. So as a player, I learned a lot from him as far as fundamentals and the things that you had to do in order to win.

BTN.com: How long did it take it for him to learn your name?
Rackley: Actually, he learned my name within a month or so. He figured it out by the end of the spring, which was much earlier than he learned some others. Maybe I screwed up or something.

BTN.com: Well you didn?t screw up here, Rack. That was awesome.