Reader mail: Sounding off on expansion 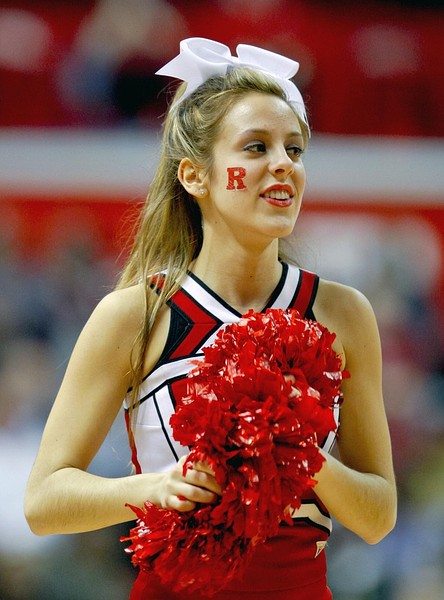 You have questions, I have answers in my weekly mailbag. Many of your questions this week center on Big Ten expansion. The tenor of most readers was the same: Miffed about the decisions to add Maryland and Rutgers. Read on, folks. There even is a basketball question.

This is just something to think about in the future. The Big Ten will give both of these schools the money they need to keep a good football coach. The money may also improve their facilities so they can recruit better in their market areas. So, who knows, maybe in 10 years, both of these schools may be a football power with the help of the Big Ten. – Tammy

Thank you! Nice to see someone gets it and has a long-term look at things instead of focusing on the past and present. Well said, Tammy!

Can someone please say what they really think about adding Maryland and Rutgers and not the spew the propaganda Jim Delany is tossing out. There can be no way this is good for the Big Ten. – Brad

Adding Maryland and Rutgers is more about the future-not today. What each school lacks in tradition, fan base and success it compensates for by sitting in a good demographic area that has lots of people and TV sets. And that will augment the Big Ten?s television profile, which will equate to more money for everyone. In time, there?s a good chance Rutgers and Maryland will both develop stronger programs that are more nationally relevant. Is it a gamble? Sure, but it?s one worth taking and it?s one that has been thought out by Jim Delany and the Big Ten.

I have no trouble with expansion, but I feel the Big Ten missed some of the more natural possibilities, like Missouri or Pitt. – Phil N.

I would have liked to have seen Missouri come aboard, but I don?t think the Big Ten felt it brought enough to the table from a TV standpoint. Ditto Pitt, as Penn State is THE school in Pennsylvania and already demands attention from the Pittsburgh market, as well as Philadelphia.

I don?t think there is any notion to rename the divisions. Several outlets have reported that Rutgers and Maryland will join the Leaders Division, and Illinois will move to the Legends. So, here is how it would lineup, according to some well-sourced reports.

Still, nothing is certain. And three factors will be part of any new divisional alignment: 1. Geography; 2. Rivalries. 3. Competitive balance.

When the conferences go to 16 teams (which I think will happen), do you foresee two, eight-team divisions or four, four-team divisions? I like the idea of having four divisions with the winner of each division playing each other in a conference semifinal and the winners meeting in a championship game. Plus, the schedule would work out well, as each team would play the other three teams in their division and two teams from each of the other three divisions for a nine-conference game schedule. The hard part would be breaking up the teams and trying to get everyone's rivalry games included, but I like the possibilities. – Jon Schumacher

I like them, too! I first heard of the ?quad? format when rumors began about the Pac-12 growing to 16 teams a while back. The four divisions could be set up based on geography, which would help limit travel.

Should Ohio State finish undefeated, what does this mean for next year? Also, will we see the Big Ten return to proper form? – Drake

Ohio State will welcome back most of its key players in 2013, headed by quarterback Braxton Miller. Others expected back are cornerback Bradley Roby, four starting offensive linemen, running back Carlos Hyde, a couple of young tight ends and Corey Brown and Devin Smith at wideout-among others. The Buckeyes will have lots of momentum in their second season under Urban Meyer and would figure to be a preseason Top 5 or Top 10 team. As for the Big Ten, I would suspect it will be better overall in 2013. It certainly can?t be much worse.

Does the Ohio State offense somewhat slow down the development of the quarterback as a passer (if you look at Urban Meyer's history)? The concern may be the quarterback can get by on athleticism and not have to worry about developing as a passer. – J.C.

You raise an interesting point. Perhaps Meyer?s best passer was Alex Smith when he coached Utah. Josh Harris also was a decent passer that Meyer coached at Bowling Green. But at Florida, Meyer never really had a great passer. Was Chris Leak his best one? I think Braxton Miller is underrated as a thrower and will keep improving. But know this: Meyer likes to run power offenses built around the run.

No, it is not surprising that Penn State has a winning record. What is surprising is that they are not entering this game with at least nine wins because that is what they have earned. They beat Ohio State and they beat Nebraska, but others didn't agree. With a win on Saturday, Penn State will be considered the outright 2012 Big Ten champions. – K. John

Well, I?m not sure if I agree with you on all of your points. But the Nittany Lions have been impressive, given the circumstances they have had to deal with. Penn State should have beaten Ohio and Virginia to open the season. As for the losses to Ohio State and at Nebraska, I?m not so sure I think they should be wins, like you do. Still, if PSU can cap the year with a victory over Wisconsin, that will give the Nittany Lions eight victories-which will be impressive.

Wow. I never have thought about that. It would have been a great matchup. I would go with the Fab Five. Just a higher level of talent-and more size and overall athletic ability. But they lacked a leader like Mateen Cleaves.