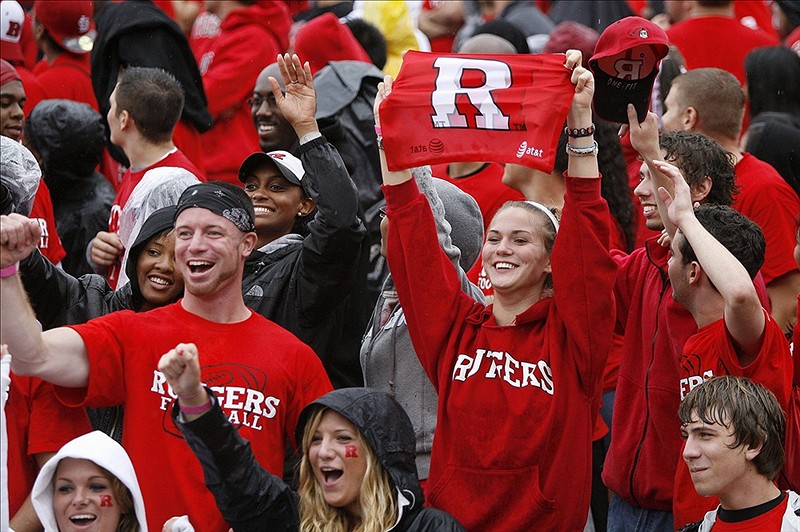 Expansion is the buzz around Big Ten media outlets, with the league officially announcing that Maryland will be joining the conference in 2014 and Rutgers to announce that it is following suit today at a 2 p.m. ET press conference. Tom Shatel of the Omaha World-Herald says the moves by the Big Ten show that power and money once again have trumped traditions. He?s exactly right. I just wonder why this is a shock to anyone. See what Shatel has to say here and check out other league news in my daily links.

Why? According to Jones, Delany believes exposure to brand-name college football and all the synergistic promotional and big-media tools the Big Ten can bring to bear can change the status quo along what historically has been an area of the country that hasn?t been passionate about the sport:

Delany: ?I'm not a pessimist or an optimist by nature. I try to be realistic. But I really do believe that the University of Maryland, if you were looking at it as an asset, is a 'buy-and-hold.' Because I think they have a ceiling that hasn't been approached recently but can be a very, very nationally competitive football environment.?

An offshoot of Big Ten expansion and growth to 14 schools could mean a nine-game conference football schedule, as well as a 20-game league basketball schedule, writes Nick Baumgardner of MLive.com.

"But to do that, it may require more games. Our fans want to see these games. Maryland fans may not be used to Northwestern, they may not be used to Iowa, or Ohio State or Michigan, but I think when we bring those schools (to Maryland) and let (Maryland's) fan base and alumni get exposed to (the Big Ten), I think (it's going to be positive)."

Hey, nothing breeds a rivalry like familiarity. But these things take time. Be patient, people.

Wisconsin athletic director Barry Alvarez gets it. He knows this Big Ten expansion is about the future. It?s not just about today.

According to Andy Baggot of the Wisconsin State Journal, Alvarez said when Big Ten commissioner Jim Delany formally proposed the latest round of expansion to conference athletic directors - reprising Penn State in 1990 and Nebraska in 2010 - the foundation of his plan was built on shifting demographics, media contracts and beating other like-minded leagues to the enlargement punch.

"We're sitting in the Rust Belt," Alvarez said, recounting the message from Delany. "We lose population every year. That Eastern corridor keeps growing.

Despite the hubbub over expansion, there still is football to be played. The last week of the regular season is upon us. The Lincoln Journal Star tells us five things you should know about Huskers true freshman running back Imani Cross, who has played a significant role.

Me? I am just amazed the guy got out of Georgia. I guess he committed to Tennessee initially, but the Vols dropped him. Can you believe that?

It is too bad Penn State linebacker Michael Mauti will miss his last game with a knee injury suffered last week vs. Indiana. The guy is the face of the 2012 Nittany Lions, a true heart-and-soul player who is the epitome of a leader. Mike Hull will step in. He shares with Audrey Snyder of the Harrisburg Patriot-News what Mauti has taught him.

Looking to get primed for the Michigan at Ohio State game? The Cleveland Plain Dealer has game stories with highlights, photos and video of every game from the storied rivalry. This, ladies and gentlemen, is what they call in the biz rich, lush content.

What?s your fav Ohio State-Michigan game? Mine is the ?Charles Woodson game? in 1997.

Mike Carmin of the Lafayette Journal-Courier wonders if beating Indiana will save the job of embattled Purdue coach Danny Hope.

It?s a fair question to ask, as the Boilermakers haven?t performed as well as anyone expected in Hope?s fourth season in West Lafayette. Well, here, I?ll let Carmin explain it: ?Let?s be honest - the Hawkeyes and the Illini are a combined 2-12 against conference teams. Hope?s team won by a combined six points.

?If Purdue wins next week, what does it prove? Granted, it makes the Boilermakers eligible to play in a bowl. It matches last year?s regular-season win total of six. This wasn?t the path to six wins you expected.

?In a season of Big Ten championship game aspirations and returning the program to national prominence, beating three teams that can?t go to a bowl game doesn?t carry the same punch. Especially when opportunities against Michigan, Wisconsin, Minnesota and Penn State were over by halftime.?

Stay tuned. That?s all I?m gonna say about that.

I now find conference expansion/realignment discussion to be about as intellectually stimulating as reading a lawn-mower manual. #Huskers

My take: I guess Sipple never has read the back of a cereal box.

My take: This is a quote from Jim Delany. And it basically says all you need to know about the addition of Maryland.

Big Ten coaches, ignored in these matters as usual, won't like 9 games at all. They may revolt if someone mentions 10.

My take: I?m guessing the Big Ten coaches won?t win this argument. More league games would appear to be a sure thing. And, frankly, I like it. Maybe to help coaches, the NCAA can increase scholarships from 85 to, say, 100. Maybe? Maybe not? Hey, I?m trying.