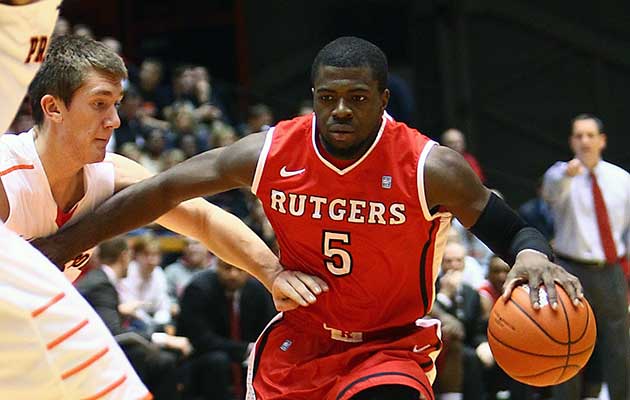 Yesterday, it was Maryland. Today, it?s Rutgers. With today?s news, the Big Ten is primed to become a 14-team conference starting in 2014-15. While Big Ten basketball fans have at least some familiarity with Maryland?s hoops tradition, not much is known about these Scarlet Knights. Let?s take a look at what Rutgers brings to the conference from a hoops perspective.

Clearly, not all (any?) conference expansions are driven by basketball. On the football side of things, the Scarlet Knights have been solid for some time and are currently 18th in the BCS standings. It?s not hard to see why the Big Ten would be interested in Rutgers. On the hardwood, however, the Scarlet Knights have been rather bad. As we did earlier this week with Maryland, let?s look at how this basketball program has fared in terms of average KenPom rating over the past 10 years:

By average KenPom rank, only three BCS conference programs have been worse than Rutgers over the past decade–South Florida, Penn State, and Oregon State. Considering that both South Florida and Penn State have reached multiple NCAA tournaments since Rutgers? last bid in 1991, only Oregon State has prevented Rutgers from being the worst BCS conference basketball program of the past decade.

So, it?s not a stretch to say that, in a historical sense, Rutgers will instantly become the Big Ten?s worst basketball program. That said, the future in Piscataway is brighter than you might think. Third-year head coach Mike Rice has assembled some promising talent, headlined by sophomore guards (and New Jersey natives) Eli Carter and Myles Mack. It?s early, but the Scarlet Knights are currently projected by KenPom to go 8-10 in the Big East. That may not sound like much, but it would represent Rutgers? best season in a decade, and most of the roster should be back for further improvement next season. By the time 2014-15 rolls around, these sophomores will be seniors, and Rutgers basketball might be primed to compete in the bigger Big Ten. Beyond that season, Rice will have to win more battles on New Jersey?s fertile recruiting grounds to keep the Scarlet Knights competitive.

It will be interesting to watch this Rutgers program develop over the next two seasons, as the Big Ten might end up adding a better basketball program than appears at first glance.