Will Carmody ever take Northwestern to the Dance? 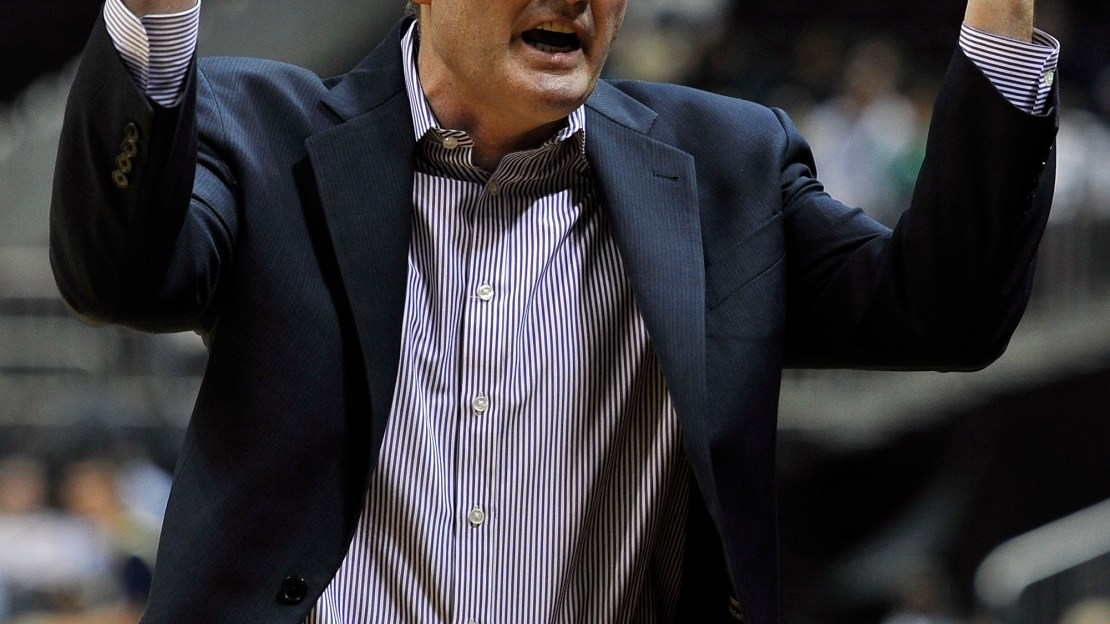 Look, this isn?t a big knock on Carmody. Taking Northwestern to the NCAA Tournament is something that no coach has ever done. And there really isn?t much of an argument against the idea that Bill Carmody is the best basketball coach in the school?s history. He plainly is.

But for all that Carmody?s teams do well (offense, shooting), they are consistently plagued by the same defensive issues year after year. Every season, Northwestern is shredded in the interior:

To his credit, Carmody?s tried virtually everything he can to fix this. Northwestern plays zone a lot more than the average Big Ten team, and one of the primary reasons why is to try and get teams to play the three-point lottery rather than beat up the Wildcats in the paint. That hasn?t worked. Carmody?s also tried getting taller as well. The 2010-11 squad was the 17th-tallest team in the country in effective height, and it was not any better at preventing dunks and offensive rebounds. At this point, I think Carmody?s thrown just about everything at the wall in terms of X?s and O?s, and that leads me to the conclusion that this is all about the Jimmies and Joes.

I don?t mean that Northwestern isn?t athletic enough or the players aren?t tough enough-Drew Crawford is a heck of an athlete, and so is John Shurna-but rather that the kids that Carmody brings to Evanston aren?t natural defenders. One thing Carmody does do well is put together an elite offense, part of which is the ability to see underrated offensive talents like Crawford and Shurna. But I wonder if he?s going about it the wrong way. Carmody has an offensive system that can make even marginal players look a lot better. So why not take a few guys that are known more for their abilities on the defensive end, rather than their offense?

But there doesn?t appear to be a change in recruiting forthcoming. Carmody?s approach is the same as its been for the past few seasons-collect underrated offensive talents (even better if they?re natural shooters), and then go into body collection mode of players who stand 6-9 or taller, hoping that one of them turns into the next Erek Hansen (who blocked 15 percent of opponents? two-point attempts as a senior at Iowa). I have my doubts that such a scattershot approach to defense will work.

Ok, so that?s not much of a counterpoint, but I couldn?t bring myself to actually predict that Carmody will take the Wildcats to the Dance. Everything you said is absolutely true, and it seems that Carmody would have to be willing to sacrifice some of that fantastic offensive efficiency to truly fix the defensive problems. Even if he did that, there?s no guarantee that the defense would improve enough to offset the scoring losses. There?s just no easy answer.

That said, there are a few glimmers of defensive hope shining in Evanston. Jared Swopshire brings four years of practice experience under Rick Pitino, one of the elite defensive coaches in the game, though it should be noted that Swopshire?s one season of big minutes coincided with Louisville?s worst defense in over a decade. Freshman seven-footer Alex Olah is blocking shots at Dallas Lauderdale rates, albeit against three of the worst teams in the country. And, against that easy slate, the Wildcats are actually controlling the defensive glass.

But do any of these early stats really mean anything? The answer is, probably not. Here?s a table of Northwestern?s best raw defensive efficiencies of the last five-plus seasons (2007-08 to present):

Northwestern has regularly held awful opponents under 0.8 points per possession, so the two excellent performances thus far in 2012-13 aren?t all that special or unusual. And we can?t ignore the fact that Northwestern surrendered over a point per trip to a Mississippi Valley State team that had been held under 0.8 points per trip by their other two opponents (Cincinnati and Mississippi).

It feels like we?re a broken record when it comes to Northwestern, but the Wildcats? defense has yet to prove us wrong. Until further notice, this is a decent team that just can?t defend well enough to get over the hump.