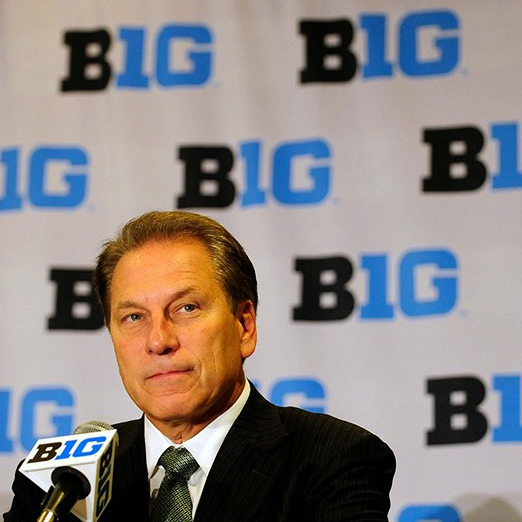 Early season tournaments tantalize with their meaningful matchups (played in front of a lot of empty seats), and they offer a glimpse into what we should expect over the year. A thirty-point beatdown over Texas Pan Am doesn?t tell you as much about a team as a loss to Villanova. But still, we should take these with a grain of salt. As I?ve mentioned elsewhere, some teams that really struggle with challenging early season games end up making lots of deep runs in March.

I try to view these games through a ?canary in the coal mine? lens. While one can?t judge any team based on a handful of games in November, the struggles a team displays in these games often carry over to the conference season. Take a look at Michigan State. At this point, it?s borderline embarrassing to ?point out? that the Spartans are going to struggle with turnovers. Such an observation rivals ?water is wet? and ?conference realignment is driven by money? in its blatancy. Michigan State?s system has turnovers (and offensive rebounding) baked in-so there?s nothing newsworthy about the fact that the Spartans have coughed it up over 22 percent of the time in their three games.

What?s more interesting, however, is the fact that this team cannot shoot very well. While MSU will always get enough easy baskets around the rim, it?s concerning that the team has only made 25 percent of its three-point attempts. And this figure is perhaps inflated with Keith Appling making 63 percent of his attempts, a figure that is certain to fall. And although it might simply be a matter of a couple of cold nights, there?s also the matter of State?s shot selection. Tom Izzo?s squad so far has only attempted three-pointers when the opponent has double-dogged-dared them to. Michigan State has thus far only dedicated 23.3 percent of its shots to behind the arc, a figure that would be its lowest in the tempo free era. So not only is MSU missing threes, but its missing threes despite being extremely selective in which threes it attempts. That?s a bad omen.

A good omen is the fact that Minnesota has beaten up on every opponent its faced (Richmond was close for a while, but the Gophers ended up with a 15-point win), and it?s done so largely without the help of Trevor Mbakwe. Through four games, Mbakwe has just one more field goal (9) than turnovers (8). In short, he?s been pretty bad. Visually, he?s nowhere near the guy we saw early last season (at this time last year, Mbakwe looked like someone playing a video game on the ?Junior Varsity? difficulty). But that hasn?t stopped Minnesota from dominating the competition. Indeed, it?s become downright impossible to make a shot in the paint against Minnesota-Tubby?s team has swatted over 22 percent of opponents? two-pointers, and allowed just 33 percent of those shots to go in. Neither of those rates are sustainable, of course, but it?s nonetheless a good sign. If you want to look at the glass as half-empty, you might point to Minnesota?s consistently middling defensive rebounding percentage as a sign that nothing?s changed in Minneapolis.

The rest of the Big Ten has largely marched on as expected. Ohio State has been good (led by some incredible offense from Deshaun Thomas), Penn State is bad (and will get worse if Tim Frazier is out for an extended period of time), and Wisconsin again appears determined to start fights between Ken Pomeroy?s computer and, well, everyone else. One more canary worth mentioning-while John Groce?s team got a much-needed win over Hawaii on a D.J. Richardson buzzer-beater, the win revealed a possible issue with the Illini?s defense. This team lost its only real low-post rebounder in Meyers Leonard from last season. And though Groce definitely has some talents to bring to Champaign (shooting, for one), defensive rebounding has never been a strong suit for his teams. The Warriors grabbed nearly half of their misses against the Illini on Friday, and now Illinois faces a darkhorse USC team that features two seven foot centers than can board (along with the familiar ex-Hawkeye Aaron Fuller, another excellent offensive rebounder). This is a dangerous game for the Illini, as USC figures to be in the vicinity of the bubble come March, and dropping games against would-be competitors on a neutral court is not an ideal path to the NCAA Tournament. Illinois? defensive rebounding tonight could be a great indicator for how its season will unfold.