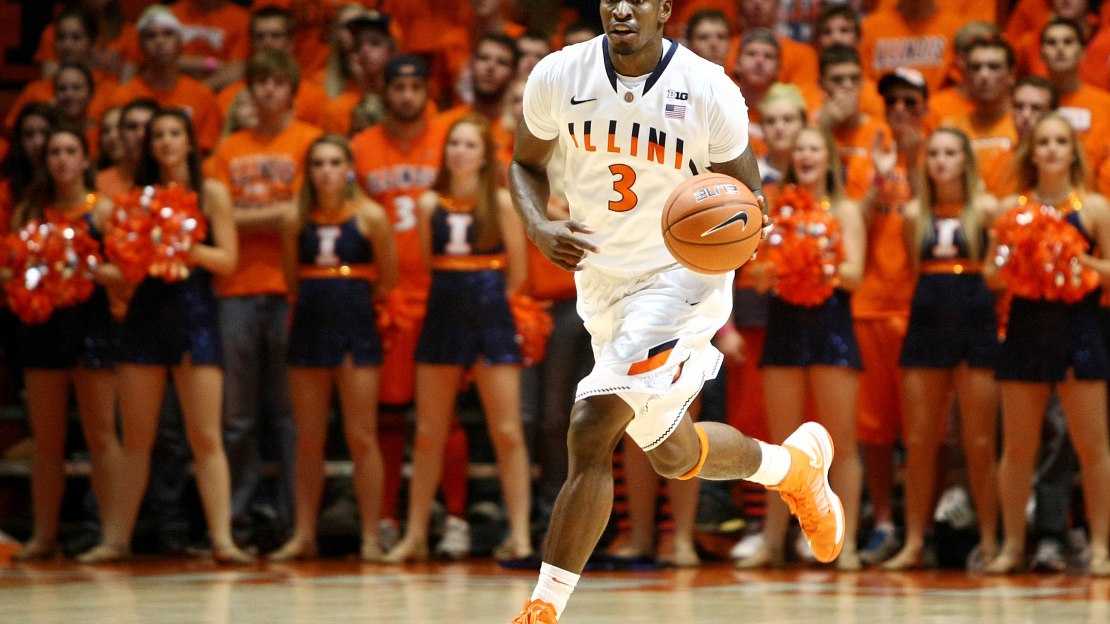 Brandon Paul scored 26 points and Illinois used a hot first half to ride to an easy 94-64 win over USC Monday night at the Maui Invitational.

Illinois shot just under 69 percent in the first half on its way to a 31-point lead at the break. USC pulled no closer than 18 points in the second half despite some sloppy play from Illinois, which finished with 20 turnovers.

The Illini (4-0), who never trailed, also got 13 points from DJ Richardson, 11 from Tracy Abrams and 10 from Tyler Griffey.

FINAL: Brandon Paul scored 26 points to lift Illinois to a 94-64 win over USC on Monday at Lahaina Civic Center in Lahaina in the Maui Invitational. Illinois (4-0) shot 53 percent from the field (33-of-62), including 45 percent from distance (13-of-29). The Illini also got double-digit performances from Tyler Griffey, who scored 10, Tracy Abrams, who scored 11, and D.J. Richardson, who scored 13. Eric Wise contributed 13 points and knocked down 5-of-7 shot attempts for USC (2-1) in a losing effort. The Fighting Illini never trailed in the game and led by as many as 34 points.

HALFTIME: Illinois holds a 57-26 lead over USC thanks to 69 percent first-half field goal shooting. The Fighting Illini led from the start and led by as many as 34 points. Trailing 14-9, the Trojans went cold, going 1:46 without a point while Illinois went on an 8-0 run to open up a 13-point lead. Eight Illinois players scored in the half. Brandon Paul led the way for the Fighting Illini in the first half, with 13 points. USC's Jio Fontan already has eight points.