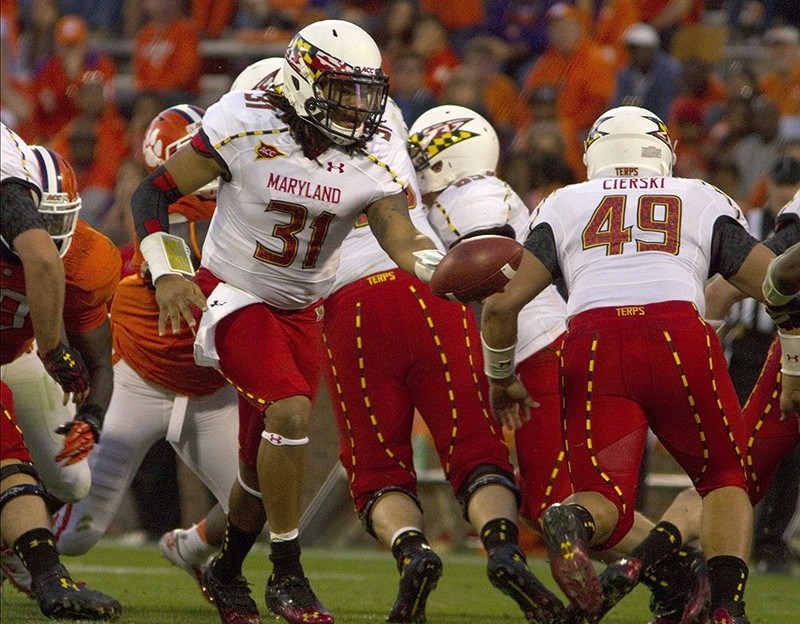 Lots of news, as the Big Ten chugs into the final week of the regular season. But the biggest story is off the field, as a report on Saturday said that the Big Ten is poised to add Maryland and Rutgers. An announcement on Maryland is expected today. See what some key pundits think of the move in my daily links.

Me? I?m excited about the possibilities of the league growing to 14 schools. This is going to be fun.

Watching the Michigan offense hum along the past three games with Devin Gardner at quarterback, it?s easy to like what you see. Kyle Meinke of MLive.com likes what he has seen so much that he doesn?t think Denard Robinson should return to quarterback even when he?s healthy.

What?s not to like? Gardner is 3-0 as the starter and has completed 46-of-70 passes (65.7 percent) for 834 yards, seven touchdowns and three interceptions. He is averaging 278.0 passing yards per game, which would lead the Big Ten if he qualified for the ranking. It surpasses all but one of Robinson's starts this year.
Case closed!

David Jones of the Harrisburg Patriot-News romanticizes the 2012 Nittany Lions well in this piece. The team deserves it, given what it has accomplished and what it has overcome in the first year under Bill O?Brien. Jones says this team has been defined by four people: O?Brien, Matt McGloin, Allen Robinson and Michael Mauti. Agreed. But questions are popping up about O?Brien?s future. So, Jones addressed the issue point-blank with O?Brien.

Jones: ?I think a lot of fans want to know the answer to this question and that's why I'm asking it. Are you going to be back here next season??

O'Brien: ?You guys gave legs last week to a story that… there's no story there. Y'know, I'm focused on one game at a time. I'm focused on this football team. That's not something that I even think about. I think about that I'm the head football coach at Penn State. And I'm looking forward to getting this team ready for Wisconsin. I mean, we give legs to a story that's not even there.?
Jones: ?It's a yes or no question.?

O'B: ?It might be for you. For me, it's Wisconsin. And this football team and this senior class. That's where I think the questions should be directed: Indiana. The senior class. Getting ready for Wisconsin.?
Jones: ?Well, that's gonna sound to the fans like you're noncommittal.?

O'B: ?I'm the head football coach at Penn State. I love coaching here. And I can't get back to work on Monday and get ready for Wisconsin.?
So, there you go. Talk amongst yourselves.

Pat Harty of the Iowa City Press-Citizen opines that Iowa football is at a crossroads.

Harty points out that this marks the first time since the 2000 season that Iowa hasn?t been bowl eligible and the first time since 2007 that it won?t play in a bowl game. Expectations were tempered heading into the season, but even the most cynical and pessimistic fans probably didn?t expect it to get this bad. Iowa has gotten considerably worse on both sides of the line of scrimmage. It?s startling how far the Iowa program has slipped since defeating Georgia Tech in the Orange Bowl following the 2009 season. In less than three years, Iowa has gone from residing with the nation?s elite to festering near the bottom of the Big Ten.

With its exciting win at Wisconsin, Ohio State moved to No. 4 in the AP poll. But moving to No. 1? Doug Lesmerises of the Cleveland Plain Dealer thinks that?s not likely to happen.

Lesmerises is an AP voter. And he emailed every other voter and asked about the Buckeyes and their chances to finish No. 1. The general feeling? It?s not gonna happen.

The overtime loss to Ohio State stung, but Wisconsin still is headed to the Big Ten title game. And, even if the Badgers lose at Penn State on Saturday, Wisconsin is still headed to Indianapolis. But that doesn?t mean it will take it easy on the Nittany Lions and doesn?t want to win.

Jeff Potrykus of the Milwaukee Journal-Sentinel points out that a loss by Wisconsin (7-4, 4-3 Big Ten) at Penn State (7-4, 5-2) would prevent the Badgers from winning 10 games this season and leave them at .500 in league play. The Badgers haven't finished .500 or below in league play since 2008, when they finished 3-5 and 7-6 overall. All four Wisconsin losses this season have come by seven points or fewer, a combined 16 points. It has been that kind of year. But there still is much to play for-the Big Ten title and third Rose Bowl in a row.

It?s no secret that this has been a tough season for the Big Ten. But Lee Barfknecht of the Omaha World-Herald says things could finish on an up note if Nebraska and Ohio State can win out.

That would mean both likely would finish in the Top 10, which would help convalesce the conference?s battered image. And it needs convalescing.

Nebraska hasn?t won a conference championship since 1999. But beating Iowa this week and Wisconsin the following week in the Big Ten title game would end that drought. The Huskers also haven?t finished in the final top 10 since 2001. Winning the Rose Bowl (against Oregon?) would finish that dry spell in emphatic fashion.

Ohio State, with a win against Michigan this week, would complete its NCAA-penalized season 12-0, giving it the chance to finish as the nation?s only undefeated team should Notre Dame stumble against USC or in its bowl game.

Ohio State and Nebraska return the league?s top quarterbacks in Braxton Miller and Taylor Martinez, plus many of their other offensive weapons. OSU and NU also get generous rearrangements of their Big Ten schedules. The Buckeyes drop Nebraska and Michigan State to add Iowa and Northwestern. The Huskers drop Ohio State and Wisconsin to add Illinois and Purdue.

It?s not outrageous to speculate that Ohio State from the Leaders Division and Nebraska from the Legends could go into the 2013 Big Ten title game undefeated - if there is end-of-the-2012-season momentum to ride.

Purdue head coach Danny Hope has done a good job rallying the Boilermakers to within one win of bowl eligibility. But some expected more from Hope in his fourth season, as he said this was his best team yet. Has he had enough time? He doesn?t think so.

Four years is plenty long. And I refuse to believe that Joe Tiller left the Purdue program in shambles.

I wonder if Jim Delany & co. will really go out of the box and try for 16 teams, 4 divisions, semifinal & title game in football.

My take: This would be interesting. A mini football playoff within the Big Ten! Why not?

RIP, tackling. It was a good run.

My take: Yes, the tackling by Iowa in recent weeks has been, well, not good.