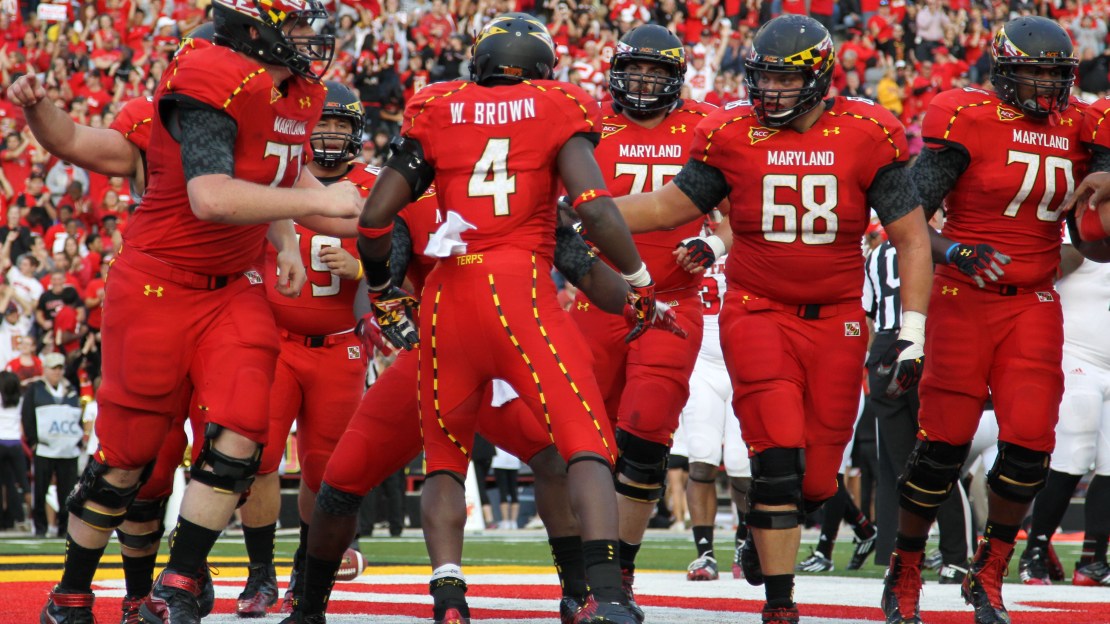 Maryland will become member of the Big Ten starting in 2014. Rutgers is expected follow suit by Tuesday, splitting from the Big East and making it an even 14 schools in the Big Ten.

In the world of conference realignment, Maryland's departure from the ACC qualifies as a shocker. The Terrapins were a charter member of the ACC, which was founded in 1953.

There was speculation last week that the Big Ten and Maryland were talking. On Saturday, it became clear the discussions were serious.

The addition of Maryland extends the Big Ten farther east and south than it ever has been, and gives the conference a presence in the major media market of Washington. D.C.

Rutgers, in New Brunswick, N.J., and about 40 miles south of New York City, gives the Big Ten a member in the country's largest media market.

For both schools, the move should come with a long-term financial gain. The Big Ten reportedly paid its members $24.6 million in shared television and media rights revenues this year.

There will be some financial matters to resolve in the short term though. After the ACC added Notre Dame as a member in all sports but football and hockey in September, the league voted to raise the exit fee to $50 million. Maryland was one of two schools that voted against the increased exit fee.

The Big East's exit fee is $10 million, but the league also requires a 27-month notification period for departing members. That means Rutgers will not be able to join the Big ten until 2015 without working out some kind of deal with the Big East.

Syracuse, Pittsburgh and West Virginia have all negotiated early withdrawals from the Big East in the past year.