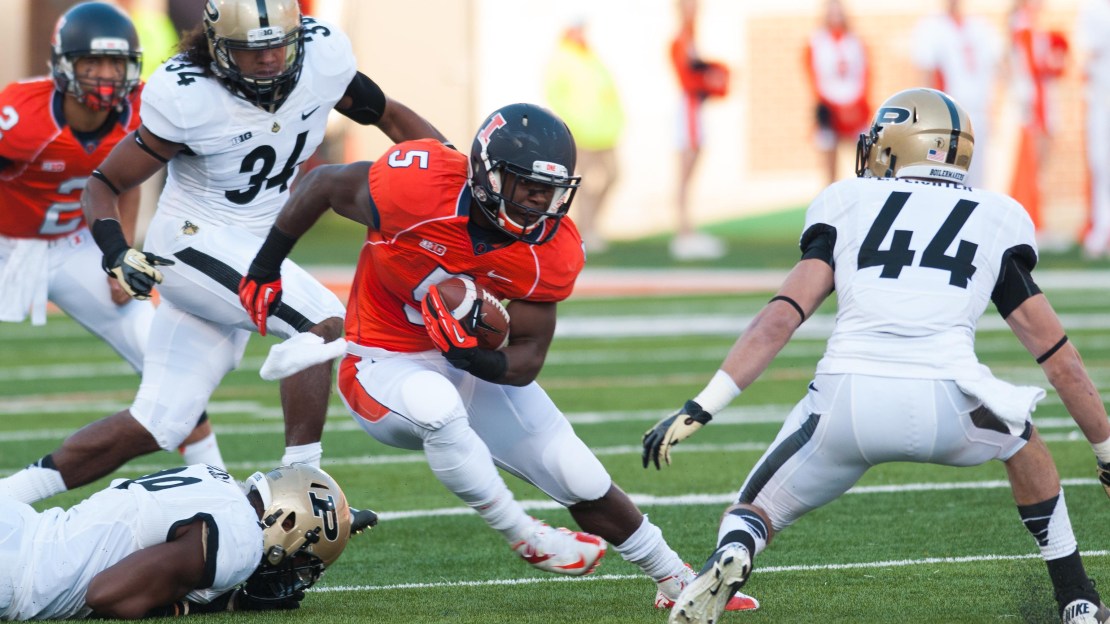 The teams combined for no points and two turnovers in an ugly first quarter and the game is tied 0-0 at the end of the first quarter.

Illinois will start the second quarter with the ball on its own 32-yard line.

Player on the spot: Purdue QB Robert Marve. The guy is remarkable, starting the last two games for an ineffective Caleb TerBush despite having a torn ACL. Marve led the Boilermakers to a 27-24 win at Iowa last Saturday that kept faint bowl hopes alive. The sixth-year senior played his best game of the year when it mattered most by hitting 25-of-33 passes for 266 yards and two touchdowns vs. the Hawkeyes. Purdue must win its last two games to get to 6-6. And with the inspirational play of Marve, the Boilers may get one step closer playing an Illinois team that is reeling with seven defeats in a row.

Key matchup: Purdue defensive line vs. Illinois offensive line. The Boilermaker front has some top talent in tackles Kawann Short and Bruce Gaston, along with end Ryan Russell. The Fighting Illini o-line has been a mess most of the season. Purdue brings some mojo into the game, holding Iowa to just 74 yards rushing last week. If Illinois can?t get a push and protect, it will have little chance.

Key note: Tim Beckman went 1-1 vs. Purdue when he was head coach of Toledo. But Purdue has four of its last six trips to Champaign.