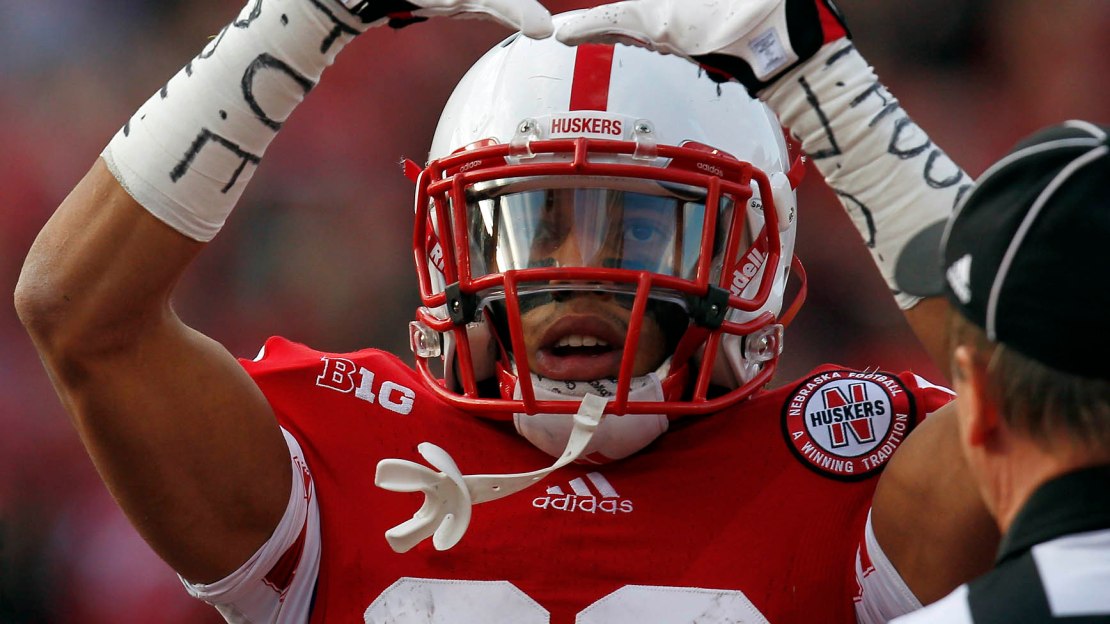 No. 14 Nebraska's aerial assault is on point, as the Cornhuskers lead 10-0 at the end of the first quarter thanks to 98 passing yards in the quarter. Nebraska's Kenny Bell caught three passes for 50 yards and one touchdown in the quarter.

The Cornhuskers got on the scoreboard first, rattling off a six-play, 53-yard drive that ended in a score when Brett Maher kicked a 39-yard field goal. No single play was longer than nine yards on the drive.

Nebraska opened up the lead, 10-0, after Taylor Martinez found Bell open for a 36-yard touchdown pass to end an eight-play, 85-yard drive.

The Cornhuskers will start the second quarter with the ball on their own 26-yard line.

Player on the spot: Minnesota QB Philip Nelson. The true freshman has been a revelation since moving into the starting lineup on Oct. 20. He?s 2-2, showing playmaking ability with his feet and a nice arm. Nelson will need to be turnover free and make some big plays for the Gophers to have any shot to escape Lincoln with a victory.

Key matchup: Nebraska offensive line vs. Minnesota defensive line. It?s this simple-if the Cornhuskers can push around an underrated Golden Gopher front led by tackle Ra?Shede Hageman and end D.L. Wilhite, they will cruise. Minnesota has a decent defense, ranking No. 8 vs. the run (168.0 ypg), No. 3 vs. the pass (168.8 ypg) and No. 4 overall (336.8 ypg). But Nebraska has the top offense in the league (482.4 ypg) and is No. 1 in rushing (269.3 ypg). Running back Ameer Abdullah has been a revelation, and Rex Burkhead could be back.

Key number: 25, turnovers by Nebraska, which ranks No. 1 in the Big Ten. The Cornhuskers also are first in fumbles lost with 16.

Key note: Nebraska has won the last 15 meetings with Minnesota dating to 1963. The team?s last met in Lincoln in 1990.