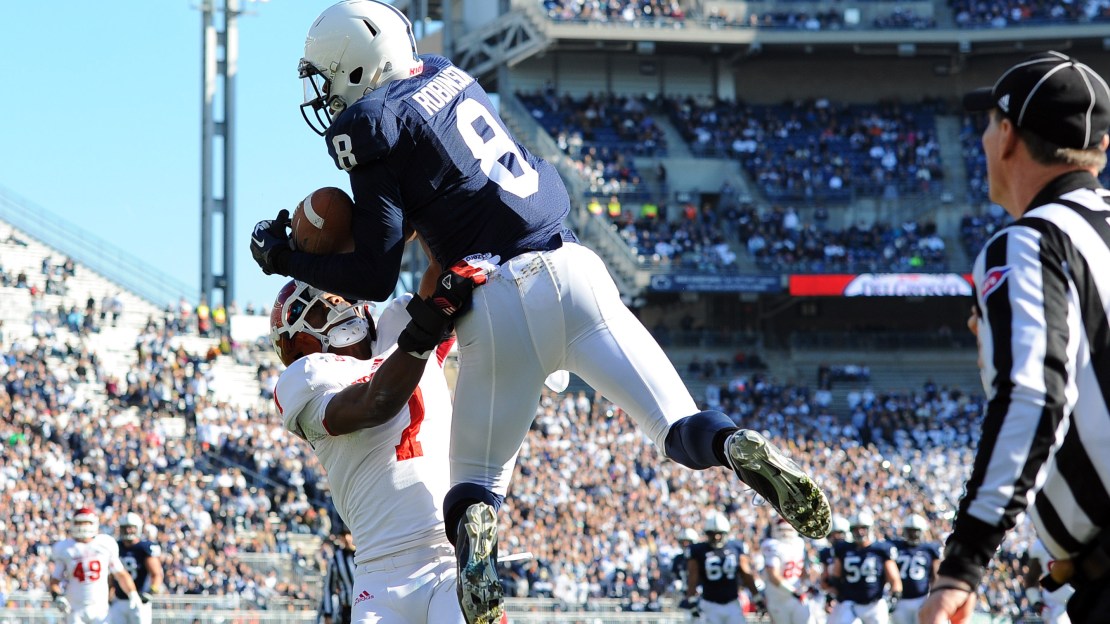 Penn State's Allen Robinson led the offense in the first quarter. He caught three passes for 32 yards and one touchdown, and the Nittany Lions lead 7-0 at the end of the first quarter. Penn State took the game's first lead after Matt McGloin and Robinson combined for a 26-yard touchdown on the last play of a seven-play, 91-yard drive.

Indiana is knocking on the door to begin the second quarter, with the ball at the Nittany Lions' nine-yard line.

Player on the spot: Indiana QB Cameron Coffman. He, along with Nate Sudfeld, needs to have a big game. Last week against Wisconsin, the Hoosiers had just 294 yards, the second-lowest total of the season. Neither quarterback got in a rhythm as IU?s string of scoring at least 24 points in each game ended. Penn State defenders Sean Stanley, Deion Barnes. Gerald Hodges, Glenn Carson and Michael Mauti are playing well.

Key matchup: Penn State offense vs. Indiana defense. The Nittany Lion offense has been good most of the season, ranking No. 4 in the Big Ten (410.1 ypg). The passing has been especially strong, ranking No. 2 (268.8 ypg). The Hoosier defense was trucked last week, allowing 605 yards with 564 coming on the ground. The unit must offer some resistance for Indiana to have any shot. Can IU stop hot Penn State back Zach Zwinak, who has 275 yards rushing the last two weeks?