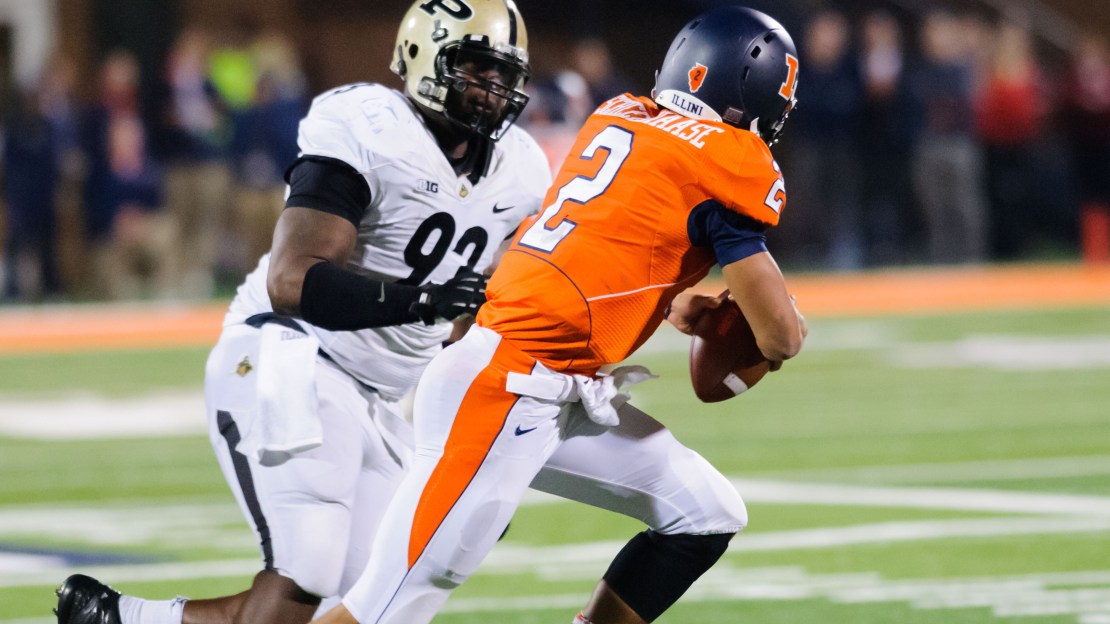 Akeem Hunt turned a short pass into a 63-yard touchdown, and Purdue took another step toward a second consecutive bowl berth with a 20-17 victory at Illinois on Saturday. Hunt's big play gave the Boilermakers (5-6, 2-5 Big Ten) a 13-3 lead in the third quarter.

With their first back-to-back Big Ten road wins since 2009, the Boilermakers stayed alive in its chase for postseason play. If Purdue can beat Indiana at home next Saturday to earn bowl eligibility, it will be its first three-game winning streak in one season since 2007.

Illinois (2-9, 0-7) remained the only team in the Big Ten without a conference win. The Illini have a 13-game conference losing streak.

FINAL: Purdue's Akeem Shavers and Akeem Hunt got the job done in a 20-17 win over Illinois on Saturday at Memorial Stadium. Shavers ran for 100 yards and one touchdown. Hunt caught a 63-yard touchdown pass.

Despite facing a 10-point deficit, the Fighting Illini closed to within striking distance of the Boilermakers late, but Purdue survived the comeback attempt and secured the win.

Nathan Scheelhaase did his best to carry Illinois' offense, turning 20 carries into 78 rushing yards and one touchdown.

The Boilermakers' Robert Marve was good for 173 yards during the game, completing 18 of 26 passes. Marve finished the game with one touchdown and no interceptions. O.J. Ross was the player Marve targeted most often. He hauled in seven catches for 42 yards.

Purdue's offense finished the game having gained 399 yards, including 191 passing yards on 19 completions. The Boilermakers also rushed 37 times for 208 yards.