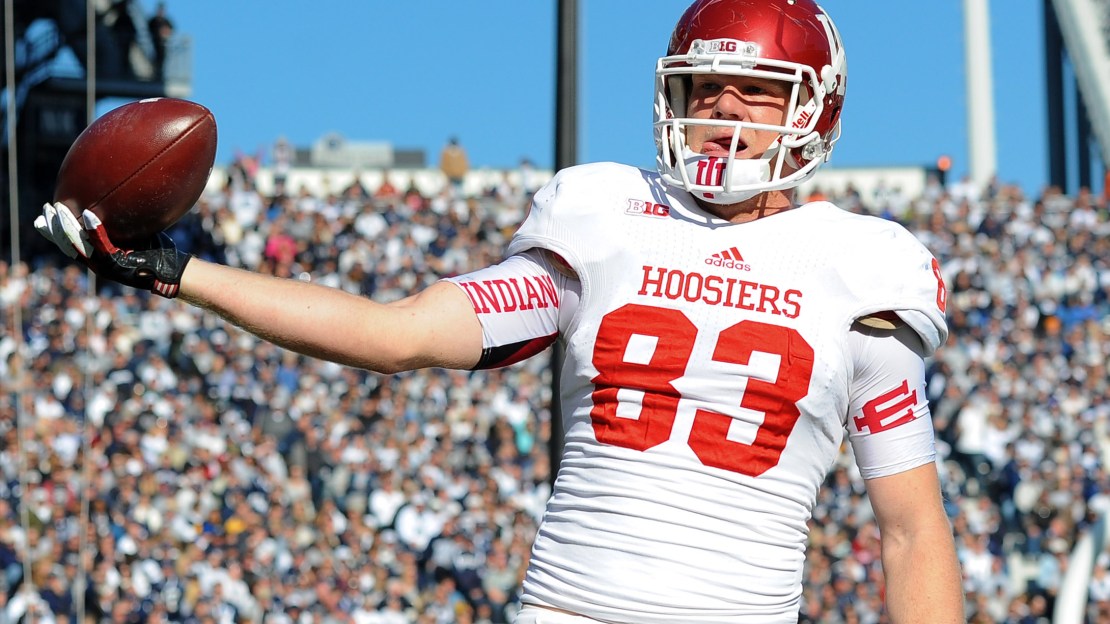 Cameron Coffman's two-yard touchdown pass to Ted Bolser gave the Hoosiers the lead, 10-7, and was the final play of a six-play, 27-yard drive. Antonio Marshall's interception of a McGloin pass set Indiana up to start the drive. The Hoosiers only looked to the running game for one carry on that drive.

McGloin's 53-yard touchdown pass to Allen Robinson put the Nittany Lions on top 14-10, the clincher of a six-play, 75-yard drive.

Indiana capped off a 50-yard drive when Ewald drilled a 44-yard field goal to make the score 14-13. The Hoosiers ran just one time during that series.

Penn State expanded its lead to 21-13 thanks to a nine-play, 77-yard drive that ended when McGloin and Robinson combined for a 10-yard touchdown. The Nittany Lions crossed midfield on Zach Zwinak's 21-yard run from the 30-yard line. Penn State threw just one time on that possession.

The Nittany Lions opened up the lead, 28-13, after McGloin tossed a 16-yard touchdown to Colin Bryan to end a two-play, 62-yard drive. Penn State's drive was highlighted by McGloin's 42-yard pass to Jesse James.

The Nittany Lions' Robinson topped 100 yards receiving for the game in the quarter, and has plenty of time to add to his 103 yards and six catches.

Penn State's McGloin passed for 138 yards in the quarter to put him over 200 yards for the game. McGloin has 218 yards through the air so far today.

Indiana's Coffman reached the 200-yard passing mark for the game thanks to 107 in the quarter, and currently sits with 210 yards in all.

The Nittany Lions will receive to start the second half.