Friday Links: Setting you up for Saturday 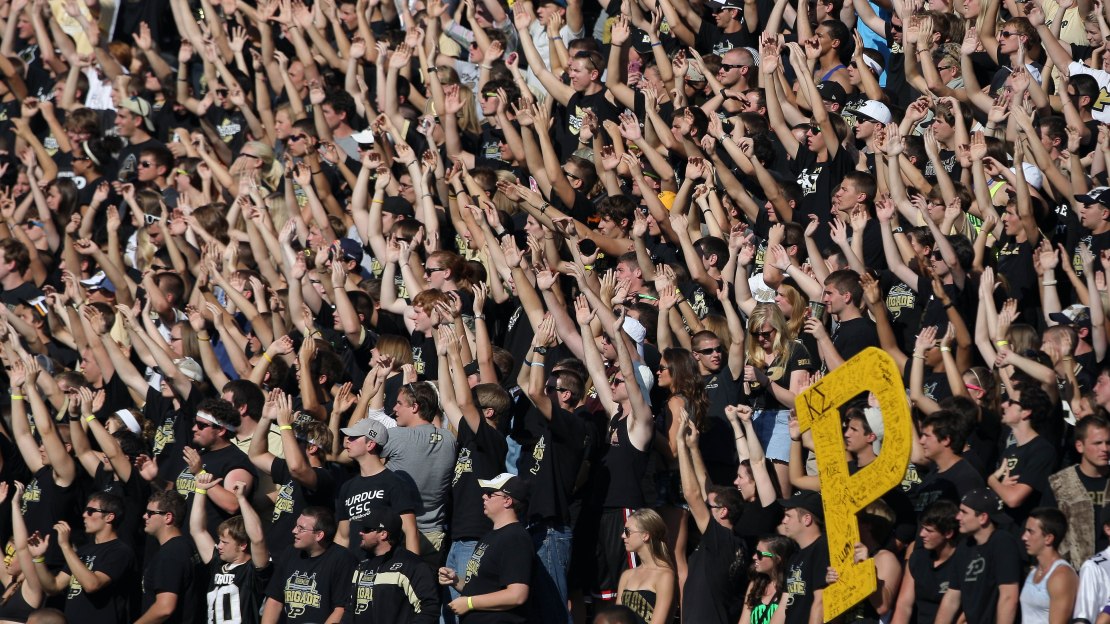 It?s Friday. Game day is near. Time may be running out on your school?s bowl hopes. Or, maybe your school is trying to enhance its bowl prospects with another victory. Ohio State? It has no such concerns, as probation means the Buckeyes can?t play in the Big Ten title game or in a bowl. Still, Ohio State would like to finish unbeaten and faces its toughest test yet at Wisconsin.

Defense will be key for Ohio State in Madison. Read about how defensive backs Travis Howard and Bradley Roby have emerged as leaders, as well as other Big Ten news, in my daily links.

According to Doug Lesmerises of the Cleveland Plain Dealer, the duo is good enough to be left alone to work, as their presence makes the run defense better, because the rest of the defense doesn't have to worry about helping out in coverage as much.

"I think those guys have played very well. That's one of the most improved position groups on our team, no question about it," coach Urban Meyer said.

Ryan Suchomel of the Iowa City Press-Citizen notes that Iowa has had 18 draft picks the past three years - more than any other program besides Alabama (20) and USC (19). And only Iowa and Alabama have produced a first-round pick in each of the past three years.

Suchomel says that draft day in 2013 might be the quietest since 2001, when Kevin Kasper was the only Hawkeye taken ? in the sixth round. NFLDraftScout.com lists five Hawkeye seniors, but only one projected to be selected - senior cornerback Micah Hyde in the fifth round of the seven-round draft. The NFL.com draft tracker lists just two Hawkeye players - Hyde with a 71.7 grade, and senior receiver Keenan Davis at 60.0.

Speaking of Iowa, Randy Peterson of the Des Moines Register takes a look at the Hawkeyes? offensive numbers. Nationally, Iowa is 94 in passing; 106th in offense; 102nd in scoring ? you get the picture.

Penn State?s struggles in the third quarter are baffling. What?s to blame? Michael Sedor of PennLive.com checked in with the Penn State blog community to gets its answers.

This one has me flummoxed, especially when you consider how well the Nittany Lions have done in the first quarter this season.

In an ?Ask Kyle? segment, Kyle Meinke of AnnArbor.com answers readers? questions. Among them this week: Will Denard Robinson be held out at Ohio State on Nov. 24 if he doesn?t play vs. Iowa this week?

In short, Meinke says ?not exactly.? But you?ll need to read on. If Robinson can?t play for a third game in a row because of a bum right elbow, Brady Hoke says he would consider playing Robinson a single, symbolic play. It is the senior?s last game in the Big House, after all.

I feel safe in saying that Jared Abbrederis has been one of the best walk-ons ever at Wisconsin. What?s scary: He keeps getting better.

Jeff Potrykus of the Milwaukee Journal-Sentinel compares Abbrederis? numbers through Wisconsin?s first 10 games of each season:

"I think he has stepped up to another level from last year," said wide receivers coach Zach Azzanni, in his first season at UW. "All you've got to do is press play and watch his route technique, watch his blocking technique. Those things have improved dramatically.

"Last year he was good. This year he is starting to separate from good to great."

You gotta love any walk-on who excels. It always amazes me.

Jim Rossow, the sports editor of the Champaign News-Gazette, scans the horizon of the Big Ten each week. His latest take is here. Rossow always has a fun and informative take. But, it looks like it will be another dreary Saturday for the Fighting Illini.

You think you?ve had a good week? Steve Sipple of the Lincoln Journal-Star thinks Bo Pelini?s probably was better.

Running back Rex Burkhead may be back this Saturday. Three team leaders spoke up in their support for Pelini, who had come under some scrutiny for his sideline behavior. And rumors bubbled that Pelini may be target for the Arkansas job. Why is Pelini being connected to another job a good thing for Nebraska fans? Sipple has three reasons:

Does that make sense? It does for me.

Wisconsin is tied for 3rd in nation w/ 5 rushing TDs allowed. Braxton Miller has rushed for a TD in every game but 1. #badgers

My take: Let?s file this under the ?something has to give? category.

My take: Hmm. Does Ohio State know this? Wisconsin?

My take: Interesting. But know this: Wisconsin has snapped long Ohio State winning skeins before (19 games in 2003 and 13 games in 1958). Only Michigan has stopped more double-digit Buckeye winning streaks (three) than the Badgers.