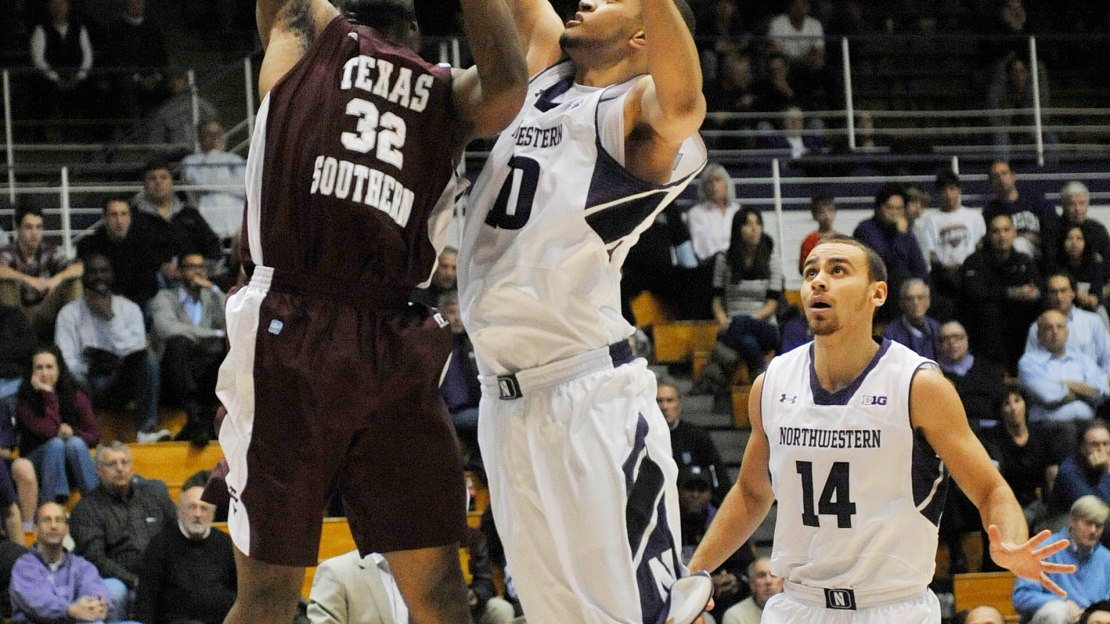 Northwestern senior guard Drew Crawford's hot start sparked the Wildcats, as his game-high 20 points, all in the first half, propelled them to a 79-49 win in their season opener against Texas Southern Tuesday night.

Crawford scored 5 seconds into the game off the opening tip and never let up, hitting 8 of 9 shots in the first half including four 3-pointers.

The Wildcats' defense pressured Texas Southern (0-2) the entire game, aided by five players 6-foot-8 or taller which limited the Tigers' effectiveness in the post. Texas Southern failed to crack double digits until forward Aaron Clayborn's layup with 3:15 left in the first half, but that barely put a dent in Northwestern's 40-11 lead.

Ten players scored for Northwestern, led by Crawford and freshman Kale Amrahamson, who added 15 points including two deep 3-pointers that brought the fans at Welsh-Ryan Arena to their feet.

FINAL: Northwestern's defense shut down Texas Southern, as the Wildcats defeated the Tigers 79-49 on Tuesday at Welsh-Ryan Arena in Evanston. Northwestern (1-0) held Texas Southern (0-2) to 29 percent shooting from the field.

Drew Crawford had a big game for the Wildcats, with 20 points, 8-of-12 shooting from the field, and 4-of-6 shooting from beyond the arc.

Kale Abrahamson had a quality shooting game, nailing 4-of-6 shots from the field and scoring 15 points. Northwestern shot 50 percent from the field (29-of-58). The Wildcats were on fire from beyond the arc during the game, shooting 46 percent (11-of-24).

Raymond Penn scored 13 points for the Tigers in the loss.

Northwestern never trailed in the game. The Wildcats' largest lead was 37, which came with 5:24 remaining.

Jared Swopshire and Reggie Hearn each chipped in six points for the Wildcats, who have had eight players enter the scoring column.