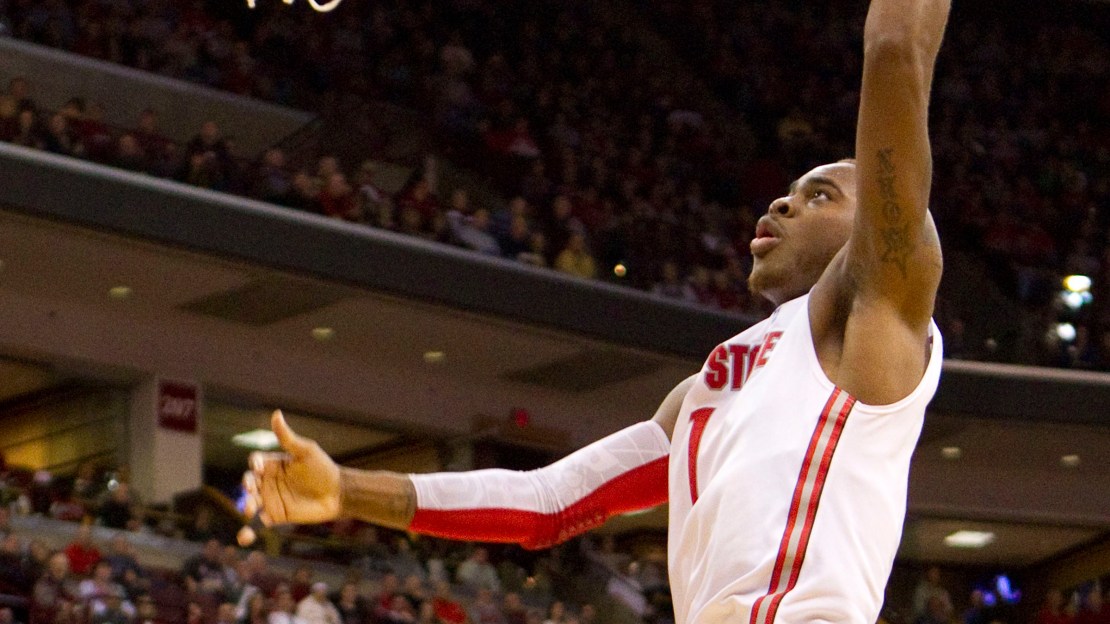 Next up in our point/counterpoint series is Ohio State, which comes off a Final Four appearance and has been atop the Big Ten standings for the past three seasons. Today we consider whether the Buckeyes have enough bodies to keep that up this season.

Let?s get this out of the way first-Thad Matta is the anti-Izzo in terms of depth. While the Michigan State coach typically wants 9 or 10 players in his rotation, Thad Matta has been prone to use as few as six. But when Matta employs a very short bench, he typically has at least a couple of players that would merit real All-American consideration. This season, I?m not sure he has anyone worthy of that designation, and looking over the roster I don?t know that we can expect the Buckeyes to be all that deep.

Aaron Craft and Deshaun Thomas are projected to be the best players on the team, albeit somewhat of opposites. Craft?s game is defense (and we won?t wade into the how much of his defense actually impacts the overall defensive efficiency of the team today), while Thomas is all about offense. And that?s why I don?t think that either one of them will realistically make a claim to be one of the top 15 or so players in the country. Thomas figures to be very good on offense again, but he is a downright terrible defender. For his part, Craft isn?t a bad offensive player, but his high efficiency has been driven by having great teammates on which opposing defenses focus. This season, Craft can no longer be opportunistic about his spots; he?s going to have to generate his own offense. It?s very likely his efficiency will suffer as a result. A great defensive guard is a nice player, but he?s not All Big Ten, let alone All-American.

Lenzelle Smith is a nice role player who can defend a little, but he?s also not likely to be a big time player this season. Beyond those three, it?s a lot of question marks. Sure, guys like LaQuinton Ross, Sam Thompson, Shannon Scott, and Amir Williams were once big-time recruits, but there wasn?t much to be excited about any of those performances offensively. With the exception of Ross-who exclusively played in garbage time-every single one of them was an extremely selective shot taker. And even at those low usages, none of them were efficient. While Scott and Williams showed plenty of defensive promise, keep in mind that in losing Jared Sullinger and William Buford, the Buckeyes not only lost two of their best offensive players, but also their two best defensive players.

After the sophomores, it?s just Evan Ravenel, who rates out as ?adequate? as R2D2s go (post players that are charged with rebound at both ends, defend, and dunk, and not much else). I think Matta could really use the extra options of J.D. Weatherspoon and Jordan Sibert, who both transferred out of the program this past offseason. Because what he has now is a very shallow roster, with a lot of question marks. The Buckeyes won?t fall apart, but they also won?t contend for a Big Ten title.

Counterpoint: Yes. As you said, Thad Matta doesn?t really need much of a bench to compete for a Big Ten title. He?s shown this in the past, never more so than last season:

Last season, Matta rode his starting five hard, and they rewarded him with a Big Ten title and a trip to the Final Four. Of course, when one of those five is Jared Sullinger, that?s easier to get away with, but the point remains-Matta probably only needs three reliable players to add to Thomas, Craft, and Smith to arrive at his rotation for important games.

Let?s assume Ravenel is one of those guys-he has shown the rebounding and finishing ability to be a respectable big man. That means Matta only needs two of his four sophomores to be good. Considering that all four of them were consensus top 50 recruits a season ago, those aren?t bad odds.

Now, I couldn?t really tell you which two of those guys will emerge, and the early returns against a bad Albany team were inconclusive (Thompson started and played the most, but Ross and Scott were much more involved in the offense). It?s entirely possible that none or only one of those sophomores makes the necessary leap, leaving Matta in a situation where he has to play somebody that just isn?t productive, but I?m expecting he can find two solid players from those four top-50 sophomores. So long as the sophomores step up, Ohio State shouldn't miss a beat.