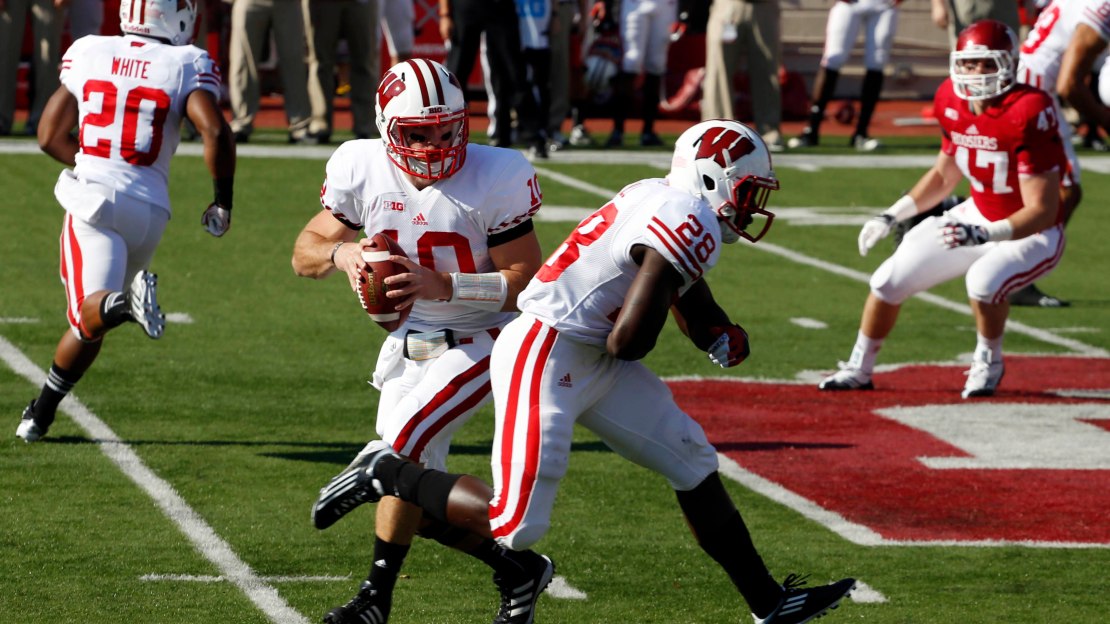 Week 12 is upon us, and the questions persist for each school. Chief among them this week centers around Wisconsin quarterback Curt Phillips and his ability to pass the football against Ohio State. If Phillips can?t chuck it effectively, the Badgers may have a difficult time beating the Buckeyes. He certainly didn?t need to throw much last week at Indiana. But he likely will vs. Ohio State.

Here are my key questions for each team this week.

Illinois
Will the offense find life? This seems like a terminal question for an attack that?s last in the Big Ten in scoring with a 16.9-point average that ranks 118th in the nation. The only schools in America that are more anemic are Kentucky (16.4) and Idaho (15.4)-and each already has fired their coach. Illinois is even worse in Big Ten action, averaging 10.5 points. The bad news: Purdue?s defense is coming off an inspiring effort in a 27-24 win at Iowa in which it yielded just 264 yards.

Indiana
Can the defense rebound from a brutal performance vs. Wisconsin? The Hoosiers were steamrolled for 605 yards and 564 on the ground in a 62-14 home loss to the Badgers that frankly wasn?t even that close. The IU defense is last in the Big Ten and 97th in the nation (445.8 ypg). Indiana will be put to the test at Penn State, which has the No. 4 offense in the Big Ten (410.1 ypg).

Iowa
What has happened to the defense? While the offense has been in a season-long malaise, the defense was solid-at least early on. But the unit has now allowed at least 400 yards in each of the last four games. With a loss at Michigan, the Hawkeyes would be eliminated from bowl contention. Iowa hasn?t been far from success this season, as four of its six losses have been by three points or less.

Michigan
Is the defense OK? The unit still ranks No. 2 in the Big Ten overall (288.0 ypg). But last week in an overtime triumph vs. Northwestern, the Wolverine defense was gouged for 431 yards. That was the most it had yielded since Alabama notched the same total in the season opener. Concerns loom about Michigan?s ability to deal with mobile quarterbacks, as Air Force (417 yards), Nebraska (326) and Northwestern each had such signal-callers. This week?s foe Iowa has no such quarterback. But Ohio State does.

Michigan State
Will the offense look better coming off a bye week?The attack is just No. 9 in the Big Ten (360.4 ypg). The rushing game has been a real struggle, ranking No. 8 (141.9 ypg) despite having Big Ten leading rusher Le?Veon Bell in the backfield. The Spartans need to get the offense humming with Northwestern coming to East Lansing.

Minnesota
Can the defense pick up where it left off at Illinois, when the Golden Gophers yielded just three points? Minnesota is No. 4 in the league in total defense (336.8 ypg) and No. 6 in scoring defense (22.3 ppg) but will face a Nebraska attack that is No. 1 in the Big Ten in total offense (482.4 ypg) and No. 2 in scoring (37.4 ppg).

Nebraska
Can the Cornhuskers keep living on the edge? They have rallied from double-digit deficits to win four games. Nebraska trailed Wisconsin by 17 (27-10 in the third quarter), Northwestern by 12 (28-16 in the fourth quarter), Michigan State by 10 (24-14 in the fourth quarter) and Penn State by 14 (20-6 in the second quarter). And the Cornhuskers also pace the Big Ten with 25 turnovers (16 fumbles, a league high). Still, Nebraska is in control in the Legends.

[AP: Injured RB Burkhead is in limbo for Minnesota game]

Northwestern
Will the Wildcats learn how to protect a double-digit advantage? Northwestern squandered a third second-half double-digit lead this season (24-14) in a 38-31 overtime loss at Michigan. Northwestern also blew similar leads at Penn State (28-17) and vs. Nebraska (28-16). Just think of how special this season could have been for Northwestern if the defense had remained tight in the second halves of games.

Ohio State
Can running back Carlos Hyde keep rolling? His emergence over the last five games has made the Buckeye offense better. In the last five games, the burly Hyde has run for 579 yards and 11 touchdowns. Working in concert with Braxton Miller, Ohio State has the No. 2 rushing game in the Big Ten and No. 8 in the nation (256.1 ypg).

Penn State
Can the Nittany Lions fix their second-half woes? They have proven to be fatal in the team?s losses this season. How bad has it been? Penn State has scored an aggregate of 28 points in the second half in their four defeats. The Nittany Lions were shut out by Ohio in the opener, held to nine points at Virginia, notched 16 against Ohio State (while allowing 28) and tallied three points against Nebraska.

Purdue
Can the defense repeat its effort from last week at Iowa? The Boilermakers yielded only 264 yards in a 27-24 win. That was a stunning reversal of fortune for a Purdue defense that had allowed 409 or more yards in five of its previous six games. Marshall (534), Wisconsin (645) and Penn State (506) shredded the Boiler defense. The unit could be in store for another good outing facing an Illinois attack that is last in the Big Ten in total offense, scoring and rushing offense and 10th in passing offense.

Wisconsin
Can Curt Phillips pass the ball? We never really got an answer in last week?s 62-14 win at Indiana. The Badgers were thoroughly dominating on the ground, running for a school single-game record 564 yards. Phillips attempted only seven passes and completed four for 41 yards and score. The fifth-year senior likely will need to throw more vs. an Ohio State defense that is No. 2 in the Big Ten vs. the run (107.9 ypg).