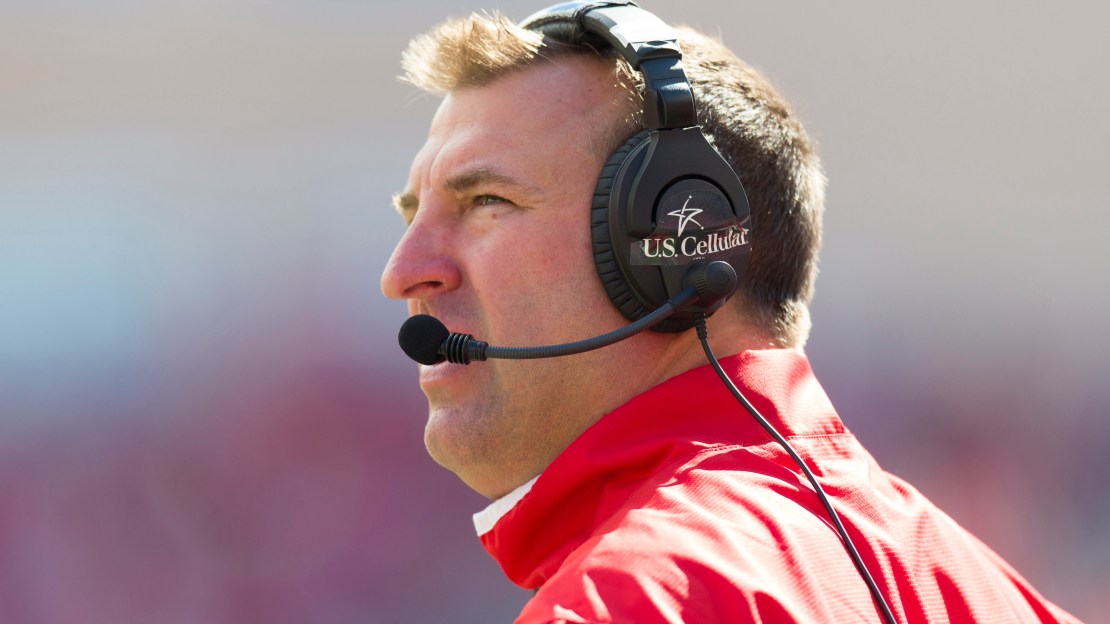 Two weeks to go, and Wisconsin already has wrapped up its second consecutive trip to the Big Ten title game. That being the case, how will Bret Bielema and Wisconsin approach the final two games, vs. Ohio State and at Penn State? We asked BTN analysts Howard Griffith and Chris Martin on Monday night's "Football Report." Watch their answers now.

"They're going to work on the pass game. Just look at the facts, Curt Phillips only threw seven passes."

That's true, the Badgers didn't have to spend much time worrying about the pass in Saturday's 62-14 win at Indiana – not when the running game was churning out big play after big play en route to racking up a school-record 564 rushing yards.

Griffith thinks the Badgers have work to do on the ground, though:

"You have to find out what type of team this is as far as running the football. They've already shown they can run it against the teams that aren't very good, let's be perfectly honest. "It's going to be interesting whether or not they can run the football."