Dienhart: 5 things I learned in Week 11 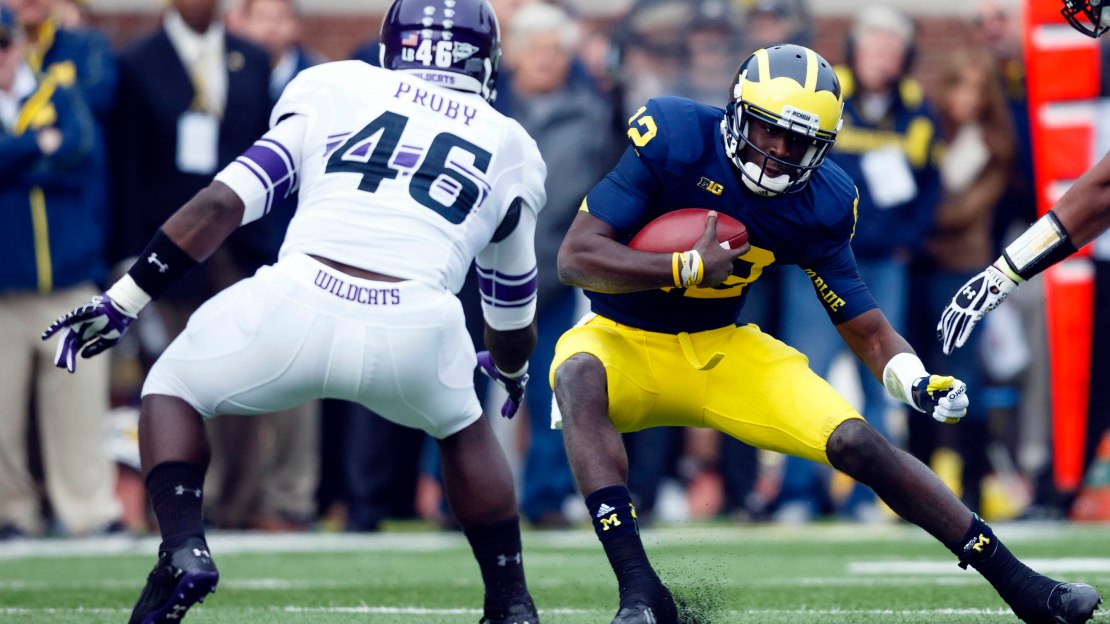 This was one of the top Saturday?s of the season, as the division races came into even sharper focus. In fact, Wisconsin sewed up the Leaders Division bid to the Big Ten title game, while Nebraska remained in control of the Legends with a fourth victory in succession and is a step closer to Indianapolis. Here?s what I learned.

1. Maybe we shouldn?t be too quick to give Big Ten Coach of the Year honors to Penn State?s Bill O?Brien. Consideration also must be given to Nebraska?s Bo Pelini and Wisconsin?s Bret Bielema. Pelini has done a great job getting the Huskers on track after ugly losses to UCLA and Ohio State earlier this season. Now, Nebraska sits on the precipice of claiming the Legends Division crown. Bielema righted a listing Badgers ship with two bold early-season moves (fired offensive line coach, changed quarterbacks) and now is making do with a third-string signal-caller. Impressive work.

2. Michigan has a legit quarterback in Devin Gardner. He has led the Wolverines to consecutive wins, and looked good doing it in place of injured Denard Robinson. Gardner hit 12-of-18 passes for 234 yards with two touchdowns and ran for 21 yards and a score in a 35-13 win at Minnesota. This week, he hit 16-of-29 passes for 286 yards with two touchdowns and a pick and ran 47 yards and two scores in a 38-31 overtime win vs. Northwestern. Add it up, and Gardner has hit 28-of-47 passes for 520 yards with four touchdowns and an interception, while running for 68 yards and three touchdowns. Michigan scored a combined 21 points in the two games (Michigan State and Nebraska) before Gardner took over. It has 73 points in two games under Gardner, albeit he faced less rigorous foes than Robinson.

3. It will be a shock if Nebraska doesn?t close out the season with two more victories and cruise into the Big Ten title game. The Cornhuskers? 32-23 win over Penn State was their fourth in a row. The last two tilts: vs. Minnesota and at Iowa. Nebraska figures to be a heavy favorite in each game as it aims for the program?s first league title since it won the Big 12 in 1999.

4. Purdue refuses to quit. Impressive. The Boilermakers came into Iowa riding a five-game losing streak with their offense and defense struggling. History also was against the Boilers, who hadn?t won in Iowa City since 1992. But Purdue responded with a 27-24 win. The victory keeps the Boilermakers? bowl hopes alive, but they must finish with wins at Illinois and vs. Indiana. It could happen. There finally are some smiles in West Lafayette.

5. It?s not looking like Iowa will make a bowl, which would end a four-year run. The Hawkeyes lost at home to Purdue, 27-24. That?s four losses in a row for Iowa, which must win its last two games to become bowl eligible. And that will be difficult, with games at Michigan and vs. Nebraska left. Iowa has failed to score more than 24 points in any of its last five games. And its last win in regulation came on Sept. 29 vs. Minnesota (Iowa beat Michigan State in double overtime the next week).