Boilers bounce back, blow away Hofstra 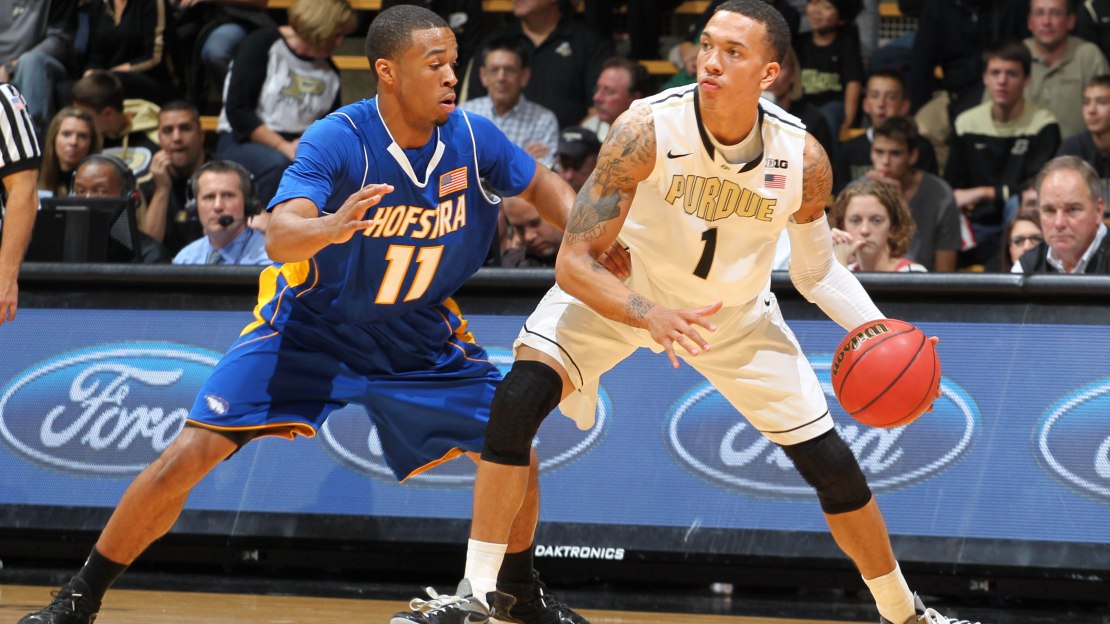 Anthony Johnson scored 14 points, including a four-point play, to help Purdue defeat Hofstra 83-54 Sunday in the 2K Sports Classic. Sandi Marcius scored 11 points and Ronnie Johnson had nine points, seven assists and six rebounds for the Boilermakers (1-1), who bounced back from a season-opening 70-65 loss to Bucknell.

Terone Johnson, who missed the opener with an ankle injury, came off the bench and scored six points for Purdue.

Jacob Lawson with a big-time swat:

FINAL: Behind a solid offensive effort, Purdue defeated Hofstra 83-54 on Sunday at Mackey Arena in West Lafayette. Purdue (1-1) hit 50 percent of its field goals (33-of-66).

Anthony Johnson carried the offensive load for Purdue, finishing with 14 points, 5-of-9 shooting from the field, and 3-of-5 shooting from beyond the arc.

Jacob Lawson shot 4-of-5 from the field and scored eight points for the Boilermakers. Purdue also got a solid contribution from Sandi Marcius, who scored 11.

Moussa Kone contributed 12 points and knocked down 4-of-6 shot attempts for Hofstra (0-2) in a losing effort. The Pride struggled from the floor, shooting 34 percent (19-of-56).

The Boilermakers led 31-11 with 5:41 to go in the first half before they widened the margin to 29 points with an 11-2 run that ended late in the first.

1ST HALF RECAP: Purdue held Hofstra to five first-half field goals, and the Boilermakers lead 42-17 after the first half at Mackey Arena.