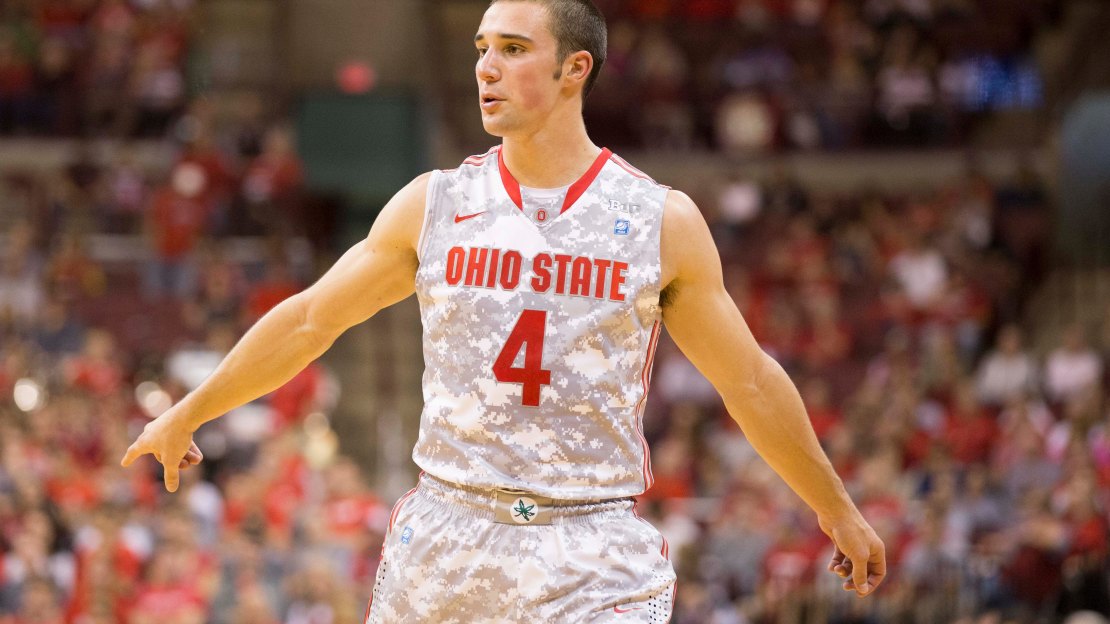 Deshaun Thomas scored 13 of his 19 points in a 17-2 run to end the half and Aaron Craft poured in a career-high 20 points to lead No. 4 Ohio State to an 82-60 victory over Albany on Sunday in the Buckeyes' belated season opener.

They were supposed to play on Friday night against Marquette in aboard the USS Yorktown but condensation on the court led to that game being canceled.

Thomas, one of the stars of the Buckeyes' Final Four run last season, hit just one of his first six shots and Ohio State trailed 23-22 late in half. But he asserted himself as the Buckeyes took control.

FINAL: Aaron Craft scored 20 points and Lenzelle Smith Jr. added 18 points and four boards as they teamed up to lead No. 4 Ohio State to an 82-60 victory over Albany on Sunday at Value City Arena in Columbus.

The Buckeyes went into the locker room with the momentum and came out of the second half flying as well. Trailing 23-22 with 4:43 to go in the first half, Ohio State went on a 25-4 run to seize a 20-point advantage with 17:18 in the game.

The Buckeyes also got a double-digit game from Deshaun Thomas, who scored 19.

Jacob Iati scored 13 points, pulled down five rebounds, and handed out three assists for Albany (1-1) in a losing effort. Mike Black shot 7-of-13 from the field and scored 20 points for the Great Danes. Albany had trouble finding its touch, shooting just 36 percent (16-of-45) from the field. The Great Danes went 22-of-30 from the charity stripe as a team (73 percent).

Ohio State shot 7-of-14 from beyond the arc in the first half (50 percent). Deshaun Thomas hit a trio of treys and he led all scorers with 16 points in the opening 20 minutes.

Aaron Craft had a strong first half, with 11 points and five assists. Lenzelle Smith Jr. also chipped in eight points.