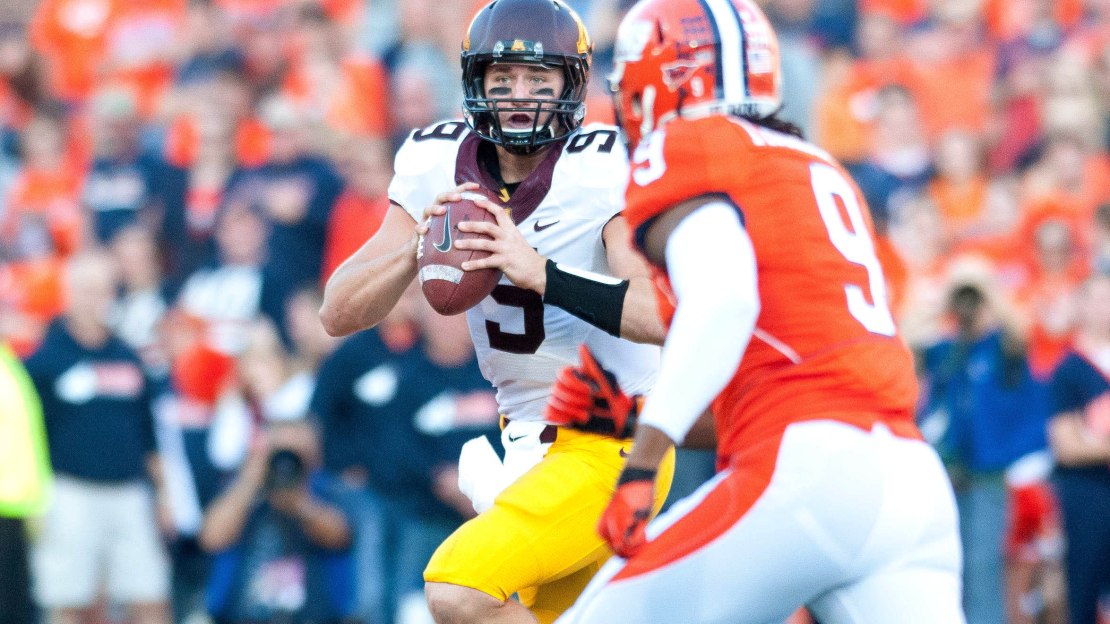 Illinois has possession on its own 21-yard line to start the second quarter.

Player on the spot: Gophers QB Philip Nelson. The true freshman has been a revelation and will be making his fourth start since having his redshirt taken off. Nelson has completed 41-of-75 passes for 537 yards with six touchdowns and two interceptions. He also has run for 141 yards. Nelson will face an Illini defense that has struggled, ranking ninth in the conference overall (388.2 ypg) and last in scoring defense (33.1 ppg).

Key matchup: Illinois QB Nathan Scheelhaase vs. Minnesota defense. The Illini have struggled on offense all season, but versatile Scheelhaase gives an attack that's last in the Big Ten in scoring (18.4 ppg) a shot. He just has to stay healthy behind a line that's struggling. Illinois allows nearly 3.6 sacks a game, worst in the Big Ten and tied for 116th nationally. The Gophers defense has been solid, ranking sixth overall in the Big Ten (343.6 ypg) and third in pass defense (168.1 ypg).

Key number: 3, games Minnesota has won in a row at Illinois. It's the Gophers' longest road winning streak against a Big Ten opponent since they won four straight at Northwestern from 1985-1993.

Key note: A win on Saturday would be the first Big Ten road victory for coach Jerry Kill. It would also be Minnesota's first Big Ten road win since a 38-34 victory at Illinois on Nov. 13, 2010. Since then, Minnesota has dropped six straight on the road in the Big Ten.