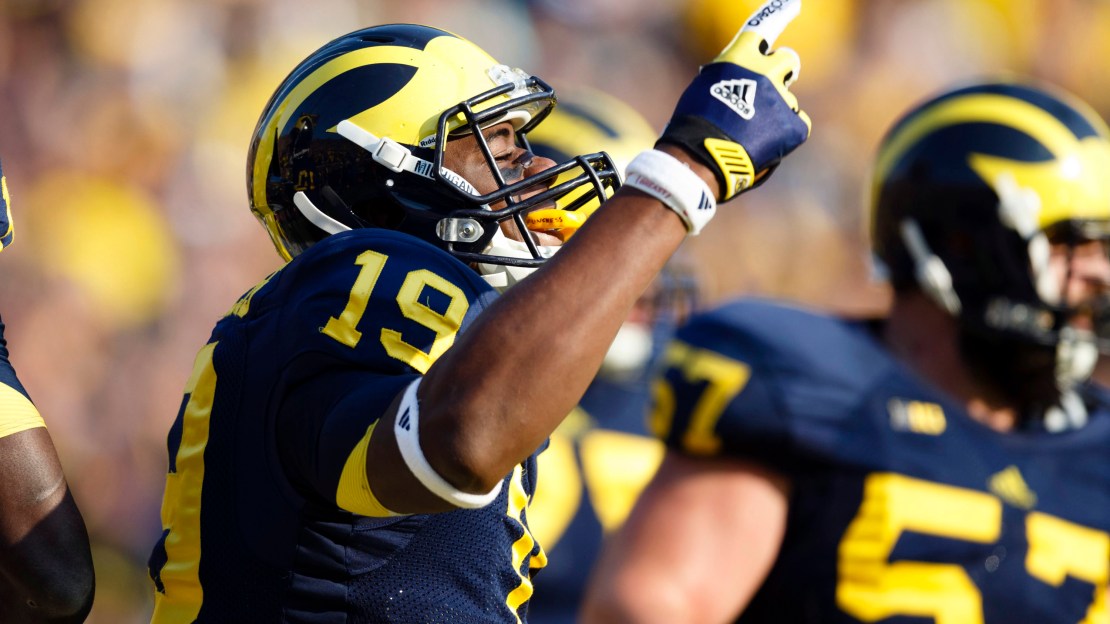 Every Saturday throughout the fall, BTN.com senior writer Tom Dienhart watches all the Big Ten games and offers his immediate thoughts. Get Dienhart's Snap Reactions to Michigan and Purdue's last-game heroics that led to exciting wins over Northwestern and Iowa, respectively, in this post.

Michigan 38, Northwestern 31 (OT)
1. It wasn?t pretty, but Michigan remains in the Legends Division chase. The big takeaway for the Wolverines is the fact they showed they can deliver clutch plays in crunch time and can respond to adversity. At one point in the third quarter, Northwestern led, 24-14. But Michigan outscored Northwestern, 24-7, the rest of the way to claim victory.

2. Michigan?s defense had one of its worst games, allowing 431 yards. Worse yet, the Wolverines allowed 248 yards on the ground to a Northwestern attack that hadn?t played exceptionally well in Big Ten action. The offense, led by Devin Gardner and his 286 yards passing, saved the day.

3. With three Big Ten losses, Northwestern?s hopes of winning the Legends Division are basically dashed. But the Wildcats still can nab a nice bowl bid. Kain Colter did his part today, passing for 96 yards and a score and running for 82. He continues to amaze with his dual-threat abilities.

Purdue 27, Iowa 24
1. Purdue showed great heart by fighting through a five-game losing skid to win at Iowa for the first time since 1992. The Boiler offense showed life in notching 490 yards even with coordinator Gary Nord back home with a back injury. With wins at Illinois and vs. Indiana, Purdue will go bowling.

2. You have to be amazed with how Robert Marve fights through his knee issues. This may have been his finest moment of the season, hitting 25-of-33 passes for 266 yards and two touchdowns. Marve deserves to go out on a high note in his sixth season of eligibility.

3. Iowa seems to be in total free-fall, suffering its fourth loss in succession. Now, the Hawkeyes need to win their last two games-at Michigan and vs. Nebraska-to get bowl eligible. The Iowa offense seems to hit a new low each week. This time, it had just 264 yards with only 74 on the ground. Purdue entered the game 11th in the Big Ten in total defense; 11th vs. the rush; 11th in scoring; 10th vs. the pass.