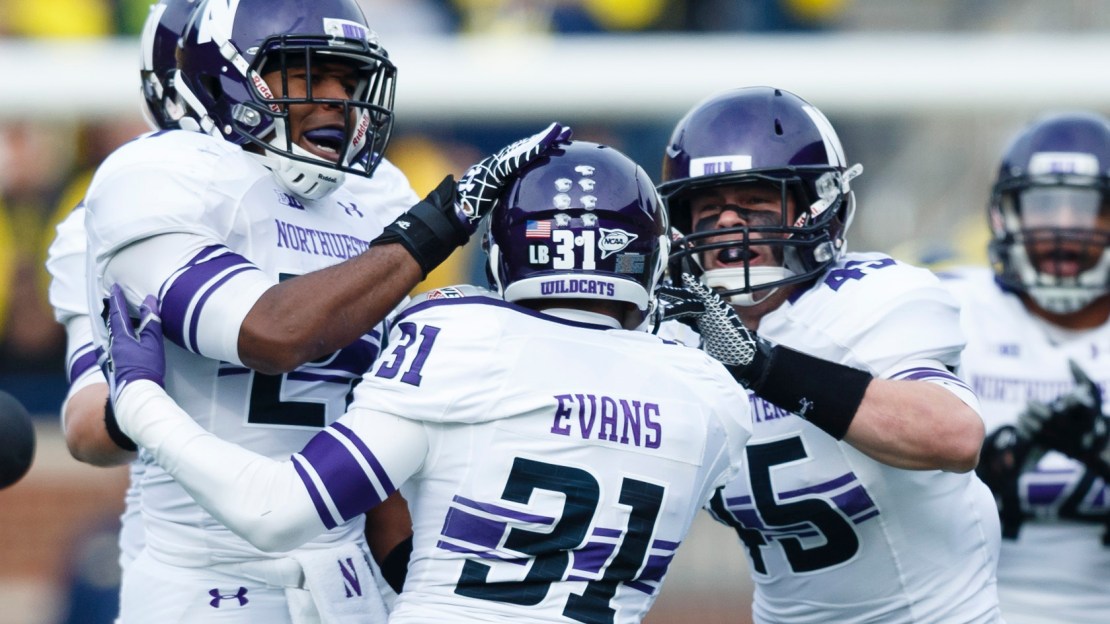 Starting for an injured Denard Robinson, Michigan's Devin Gardner threw for 57 yards and ran for 25 yards and one touchdown in the quarter, and the two teams are tied 7-7 at the end of the first. No. 24 Northwestern scored when Venric Mark turned a handoff into a three-yard touchdown to cap off a 10-play, 78-yard drive, giving the Wildcats the game's first lead. Northwestern threw just one time during that march downfield.

The Wolverines tied things up at seven when a 10-play, 78-yard drive ended after Gardner took a quarterback draw all the way for an eight-yard touchdown run.

Michigan has the ball at its own 46-yard line to begin the second quarter.

Player on the spot: Devin Gardner. Brady Hoke had said Denard Robinson would be ready to go, but he said that last week, too, and Robinson ended up missing the Minnesota game with a right elbow issue that flared up in the loss at Nebraska. Devin Gardner looked very good in leading Michigan to victory at Minnesota. With the run game struggling, the Wolverine signal-caller will need to have a good game.

Key matchup: Northwestern quarterbacks vs. Michigan front seven. The defense has been strong almost all season for the Wolverines, as it ranks No. 2 overall in the Big Ten (288.7 ypg) and No. 1 in the nation vs. the pass (145.4 ypg). Michigan hasn?t allowed 200 yards passing in any game. The Wildcats have an interesting two-headed dynamic under center with Trevor Siemian (passer) and Kain Colter (runner). The two must keep the strong Michigan defense off balance for a Northwestern offense that has had issues in recent weeks to succeed.

Key number: 12.1, points per game that Michigan is allowing over the last seven games. Over that span, the Wolverines have yielded just six touchdowns in 28 quarters.

Key note: Over the last four seasons, Northwestern has compiled a 10-5 record in the month of November. The Wildcats are 11-3 in their last 13 regular-season games dating to Oct. 29, 2011.