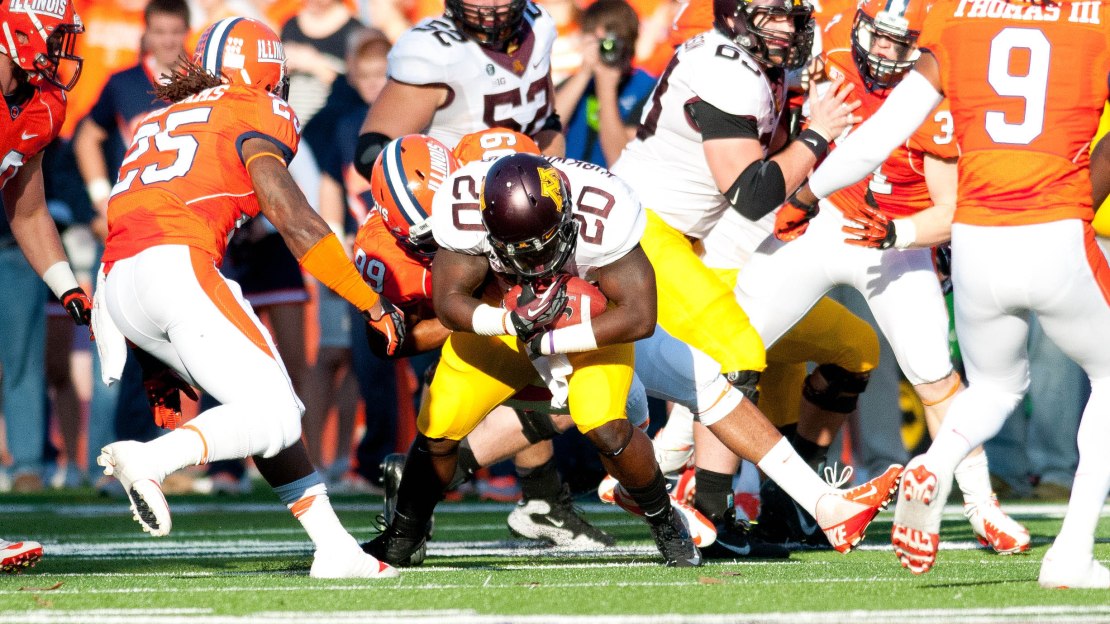 It wasn't pretty, but Minnesota was good enough in a 17-3 win over Illinois on Saturday. In a battle of sluggish offenses, Minnesota running back Donnell Kirkwood did most of the work, rushing for 152 yards and two touchdowns. Kirkwood's 3-yard run in the third quarter broke a 3-3 tie. He scored on a 12-yard run late in the fourth quarter to clinch the victory, giving his team its fourth straight win at Illinois.

In their first eight possessions, the Illini had a 20-yard field goal by Nick Immekus in the first quarter, a fumble and six punts.

RECAP: Donnell Kirkwood broke out against Illinois, piling up 171 rushing yards and scoring two touchdowns to lead Minnesota to a 17-3 victory on Saturday at Memorial Stadium. The Golden Gophers did not allow Illinois' offense to get going throughout the contest. Minnesota's defensive unit stood firm against the Fighting Illini's offense, holding Illinois to 282 total yards.

Nathan Scheelhaase kept the Fighting Illini's offense on track, throwing for 176 yards on 15 of 23 passing.

The Golden Gophers' Philip Nelson passed for 77 yards, completing nine of 15 throws. He threw no interceptions. Nelson also ran for 23 yards on 12 attempts.

Minnesota's offense finished the game having gained 317 yards. In addition to Nelson's efforts through the air, the Golden Gophers also rushed 50 times for 240 yards.