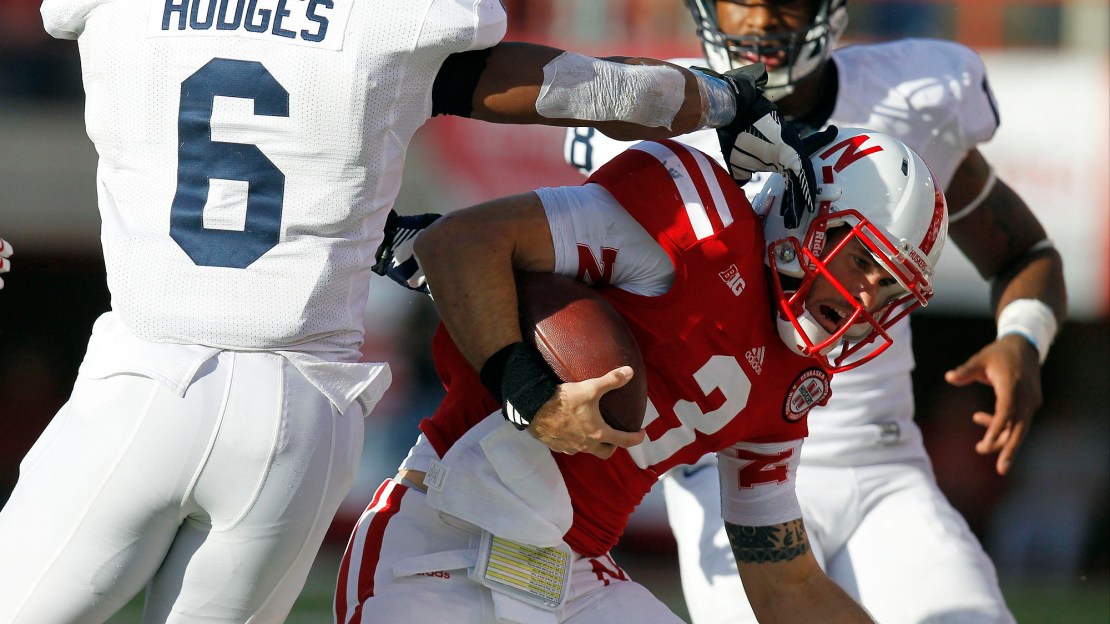 Nebraska's Imani Cross ran for two touchdowns in the third quarter, but the Cornhuskers still trail Penn State, 23-20, entering the fourth quarter. Late deficits are nothing new to Nebraska, though, as it has rallied for a win in the final 15 minutes an FBS record three times in Big Ten play.

Nebraska made the score 20-13 after Cross turned a handoff into a one-yard touchdown to finish off a 75-yard drive. The Cornhuskers tied the game at 20 after Cross ran two yards to paydirt to end a two-play, four-yard drive. Nebraska started in good field position when Daimion Stafford intercepted Matt McGloin's pass.

A 13-play, 58-yard scoring drive by the Nittany Lions snapped the 20-20 standoff, as Sam Ficken kicked a 34-yard field goal.

The Cornhuskers' Ameer Abdullah rushed for 39 yards in the quarter to put him over 100 yards for the game. Abdullah has 105 total yards on the ground so far today. Penn State's Zwinak hit 100 yards rushing for the game in the quarter, part of his 113-yard rushing performance thus far.

Nebraska is knocking on the door to begin the fourth quarter, with the ball at the Nittany Lions' 13-yard line.