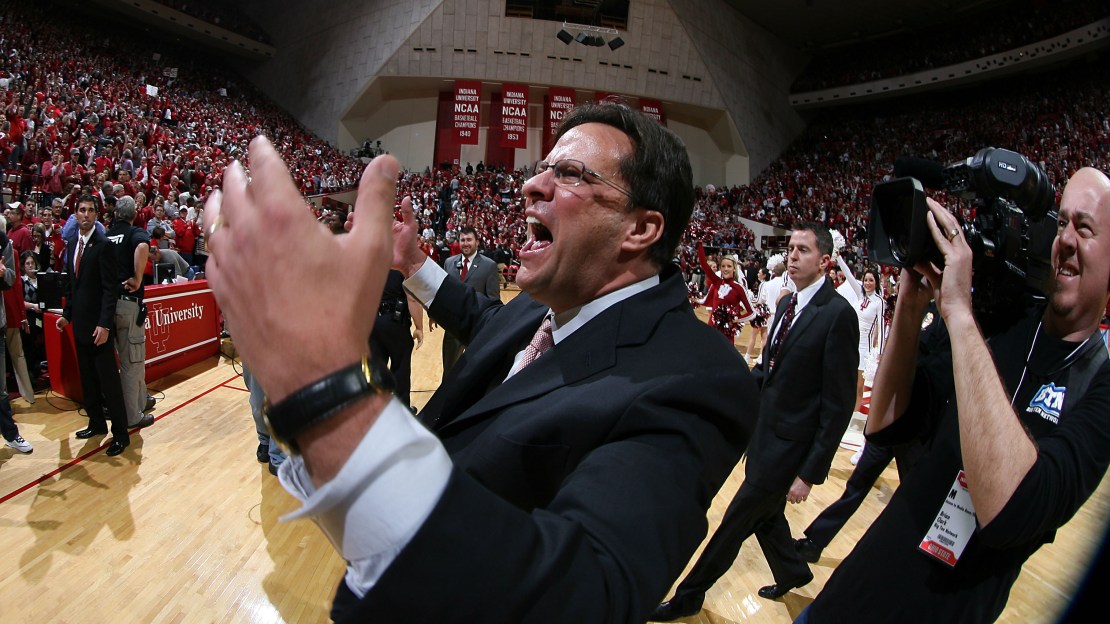 In today's Point/Counterpoint, we tackle a question that has already gotten some play in basketball circles across the nation – has Indiana really gone from an 11-7 Big Ten team to the best squad in the nation?

And by ?yes,? I don?t mean that Indiana is ranked by some assortment of polls as the #1 team in the country, but rather whether those polls would be right. And they are.

Although, I think a caveat is in order, which is ?as long as Nerlens Noel is not as good as Anthony Davis.? If he is (or Shabazz Muhammad, for that matter), then all bets are off. Assuming that Davis outshines anyone in the 2012 class (and by most accounts, that seems to be the consensus), then IU is the Team to Beat.

But I won?t belabor the obvious points in my favor. You know those–IU has the best player in the country in Cody Zeller. Zeller has a tremendous supporting cast that features outstanding outside shooting (Jordan Hulls, Will Sheehey, Christian Watford), the best glue guy in basketball (Victor Oladipo), and one of the best freshman classes in the country (highlighted by McDonald?s All-American Yogi Ferrell).

Instead, let?s focus on the Why Nots. First, about that defense. Yes, IU didn?t have a great defense last year. But some of that has already sorted itself out. The Hoosiers fouled too much last year, but out goes the Hackmaster Tom Pritchard. The other most foul-prone Hoosier, Derek Elston, is out with an injury for a few weeks (and likely would have lost minutes anyways to one or more of the incoming freshmen). And beyond that, Zeller fouled a bit too much last year–something not all that uncommon for a freshman. But therein lies the good news–Zeller is no longer a freshman.

On that note, that?s a reason to believe that Indiana will rebound better this season. The only real weakness in Zeller?s game was defensive rebounding. Then again, Zeller was a 19-year old playing against guys who had a couple of years in a college weight training program last year. He?s bigger and stronger this season, and there?s no reason not to expect improvement on the glass.

I admit, Indiana will not be a defensive powerhouse this year. But so what? There?s no reason for the offense to miss a step, meaning one should expect the Hoosiers to finish with the best offense in the country. You don?t need a great defense with an offense that good. Just a passable one. Indiana, is back.

Don?t get me wrong, I feel Indiana is a definite top 10 team (and probably higher), but I see too many question marks to say that the Hoosiers are the clear best team in the land. Kentucky and Kansas would be just as reasonable picks in my mind, yet the AP somehow coalesced around Indiana and, to a lesser extent, Louisville. The Hoosiers could very well end up being the best team in the nation, but I?m not even convinced they win the Big Ten.

You talked about defense, and that?s the most glaring weakness, but I also don?t know that the Indiana offense will be as incredible as anticipated, by both pundits and predictive models alike.

Let?s look at what made Indiana?s offense so potent last year:

Indiana?s offense was great because of extremely accurate shooting.

Let?s break down the shooting a bit further:

The Hoosiers didn?t shoot a lot of threes, but they were incredibly accurate, hitting just over 43 percent from deep. Without the extreme accuracy on threes, Indiana would have been less of a "great" shooting team and more of a "good" shooting team.

Can we expect the three-point accuracy to remain so high?

Most teams that shot 40 percent or better from three saw a significant dropoff the following season. This dreaded reversion to the mean affected 82 of those 87 teams–only five squads actually improved their three-point percentage after a 40%+ season.

This shouldn?t be all that surprising–after all, it takes a great combination of a skill and luck for a team to shoot over 40 percent from three for an entire season. Doing it two years in a row is a rare accomplishment indeed, one that only five D1 programs can boast having pulled off since 2002-03 (take a bow, Cornell, Portland, Southern Utah, Marquette, and San Diego).

So, while the addition of Yogi Ferrell and a healthy Maurice Creek seems like it should help Indiana?s offense, it might simply balance out a decline in Indiana?s three-point shooting. As a result, the offense could very well run in place, making any true improvements dependent on the defensive end, where concern is certainly reasonable.

If this seems like nitpicking, well, mostly it is. Indiana at #1 is a reasonable pick and has plenty of data to support it. I do personally expect Indiana to compete for a Big Ten title and be in the national title discussion when March arrives. I'm just not prepared to say the Hoosiers are clearly better than the field, but that's why they play the games, starting tonight (hallelujah!).