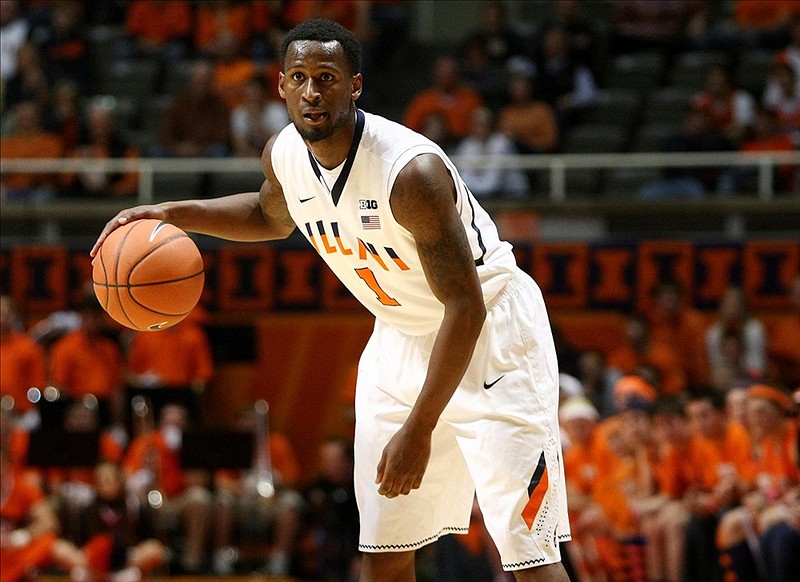 Illinois took home a victory, 77-55 over Colgate on Friday as Brandon Paul scored 20 points. Murphy Burnatowski had a good game for Colgate (0-1) in defeat with 23 points, 8-of-15 shooting from the field, and 5-of-9 shooting from beyond the arc.

Paul sparked Illinois (1-0), as he shot 8-of-15 from the field in the win. Tyler Griffey was 4-of-6 from the floor and chipped in 10 points for the Fighting Illini. Illinois was hot from long range, hitting 13-of-30 threes for a 43 percent night from beyond the arc. The Fighting Illini also got a double-digit effort from Tracy Abrams, who scored 13.

HALFTIME: Murphy Burnatowski's been a spark for Colgate, but the Raiders trail Illinois 43-25 at the break. In the first 20 minutes, Burnatowski scored 18 points, shot 7-of-10 from the field, and hit 4-of-5 three-point tries.

The game was tied 14-14 before Colgate went into a funk, going the next 4:55 without scoring, and allowing the Fighting Illini to take a 26-14 lead in the first.

Illinois made it rain from long range, shooting 59 percent (10-of-17) from three-point land. Eight Illinois players scored in the first half.

The Fighting Illini's Brandon Paul had a big first half, with 12 points.