Will Iowa dance this year? 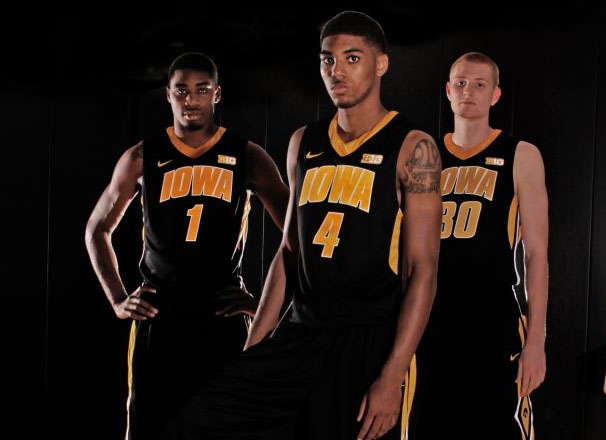 Our point/counterpoint series takes on a special significance today, as we take on the question that Americans are debating over-whether Iowa will make the jump to the NCAA Tournament this season.

It was a hire made without much fanfare, but in retrospect, it was an absolute coup when Iowa hired Fran McCaffrey to take over for the ousted Todd Lickliter. McCaffrey had been a collegiate head coach for 14 seasons before landing in Iowa City, and up until his last stop at Siena, he wasn?t all that spectacular on paper. But he transformed a middling Siena team into a MAAC powerhouse, taking the Saints to three straight NCAA Tournament appearances before heading to Iowa.

One thing that?s already been made abundantly clear is that McCaffrey has an eye for underrated talent. Melsahn Basabe was headed to Siena himself, before the coach convinced him to follow him to Iowa. Basabe turned out to be one of the best freshman in a strong 2010 class in the Big Ten. Indeed, McCaffrey has identified plenty of under-the-radar recruits that have turned out to be quite capable Big Ten players. Roy Devyn Marble has turned into a bona fide 6-5 point guard with scoring talent, and Aaron White was the best freshman in the Big Ten last year not named Burke or Zeller.

All of those adept pickups have turned Iowa?s offense into a force to be reckoned with. On a per possession basis, this was the 34th-best offense in the country last season, which isn?t bad for a team that finished 18-17 on the season. The problem, obviously, was on the defensive end. Specifically, the Hawkeyes were terrible in the paint, finishing 11th in the Big Ten in both opponent two-point percentage as well as defensive rebounding percentage.

But the defense figures to get better this season. Not only is everyone a year older, but Iowa welcomes top-50 recruit Adam Woodbury to campus. The 6-11 lefty should provide an immediate defensive presence that will improve Iowa?s interior troubles. While there?s still the matter of replacing Matt Gatens, Iowa does feature enough offensive talent to at least run in place without the shooting guard. With some added length in the paint, that should be enough to get this team into the Dance.

Counterpoint: No, not yet.

I agree with a lot of what you?re saying, and I do think McCaffery has done a fantastic job in Iowa City. Still, I think this program is a season away from making the NCAA tournament.

On the surface, Iowa is an 8-10 Big Ten team that returns two-thirds of its minutes and adds two top-100 recruits. Armed with only that knowledge, I?d agree that an at-large bid for Iowa has better than 50/50 odds. But, below the surface, there?s a few things that still concern me. For one, that 8-10 record was a bit inflated when compared with the per-possession numbers:

Iowa played more like a 7-11 or 6-12 team in Big Ten play, and the Hawkeyes weren?t all that good outside of conference play either, losing to a bad Campbell squad and not even coming within single digits of a top 100 win. So, the Hawkeyes are starting from a lower point than it may seem at first glance.

With the loss of an uber-productive Matt Gatens, I think the offense will do well to run in place (which, as you said, will still produce a solid offense). On the defensive end, I do expect gains, but I just don?t think Woodbury will make enough of an instant impact to get Iowa over the hump. Interior defense will still be a problem, and that?s a precarious formula to use in the Big Ten.

All that said, the Hawkeyes will be a better team than last season, even if they may be hard pressed to best last season?s 8-10 conference mark. 2013-14 will be the season for Iowa?s return to glory, with this entire roster (save Eric May) scheduled to be back.