Big Ten Geeks: Is there life after Green? 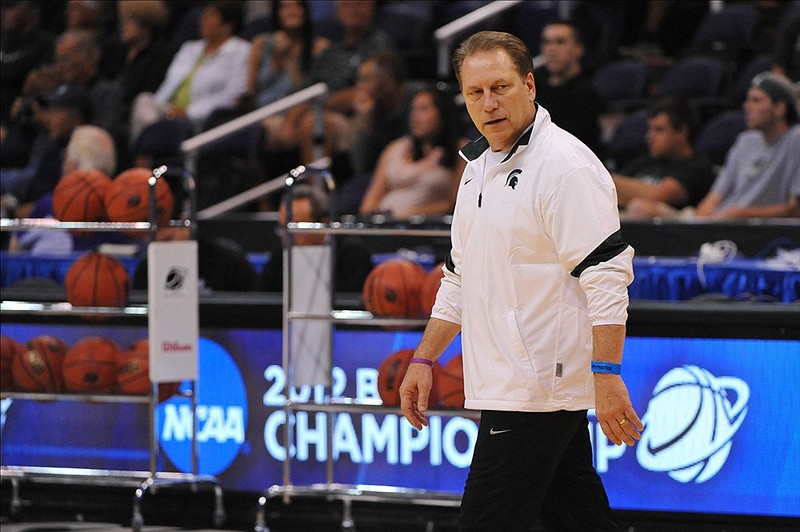 We?re going to try something new this year. Instead of just previewing every team like we usually do, we?ll give the people what they really want-ammunition to win arguments. So for every team, we?ll have both sides of the debate covered. Today, we'll look at what we can expect from Michigan State after it loses its leader, Draymond Green.

The Big Ten Player of the Year and First Team All-American was clearly an offensive giant. Not only could he score (averaging about 17 points per Big Ten game) and shoot (he made 46 percent of his three-point attempts last season), but he was also a capable ball-handler that functioned as a co-point guard for Michigan State (he led the Spartans in assist percentage on the season).

But Green?s biggest impact was on defense. For whatever reason, the hardware goes to one of two types of players–the floor-slapping guard that pressures ballhandlers, or the center that blocks a lot of shots. To wit, the last seven Big Ten Defensive Players of the Year have gone to Aaron Craft, JaJuan Johnson, Chris Kramer, Travis Walton, Kramer again, Greg Oden, and Erek Hansen. Green isn?t a floor slapper, and although he?s an excellent shotblocker for a 6-6 player that frequently guards opponents that are a couple of inches taller, he?s certainly not in the stratosphere of the top shotblockers in the conference.

But Green does rebound like a madman. His 29.6 defensive rebounding percentage was tops in the Big Ten, and it was a big reason for the Spartans? defensive success (Michigan State was the best defensive team in the Big Ten last year). I submit that it?s high time we stop treating a defensive rebound as an afterthought. This isn?t merely the province of stat-padders who are chasing down carooms as the other team lazily heads off in the other direction. Rebounding is indeed a skill, and a valuable one. It?s easily the most effective way to end another team?s possession. Getting a steal not only requires effort, but it also usually requires the offensive player to make a mistake. A blocked shot offers no guarantee that the possession will end, as it could just as easily wind up out of bounds or in the hands of the offense. Rebounding is where great defenses are made. If a team has a great defense, odds are that it?s a great rebounding team (and vice versa).

Stops is a statistic we use here quite a bit, in large part because it recognizes the importance of defensive rebounding. And by that metric, Green was easily the best defensive player in the conference:

Green?s lead here is quite large, and I think you have to take that into account when evaluating Michigan State this season. It?s hard to see who is going to fill his shoes offensively, but adding the defense on top of that seems impossible.

I can?t argue with the high praise for Draymond Green–he was a fantastic college basketball player. But, as you rightly pointed out, a big part of Green?s value was his dominance of the defensive glass. Sure, he had good steal and block rates to bolster his case, and his playmaking on offense was important, but it was his defensive rebounding that set him apart.

When I look at this year?s Michigan State team, I just don?t see defensive rebounding being a problem. First and foremost, there?s the track record of Tom Izzo. Here?s where the Spartans have ranked in defensive rebounding rate over the past 10 seasons (conference games only):

Izzo customarily has either the best or second-best rebounding team in the conference, and I don?t see why this season should be all that much different. There?s big, athletic bodies in place to grab most of the caroms left by Green, starting with Adreian Payne, Branden Dawson, and Derrick Nix. This hasn?t been the best rebounding bunch if you go strictly by their numbers, but that was likely impacted by Green?s uncanny ability to retrieve the ball. I think the Spartans will do just fine on the defensive glass.

Combining that frontcourt with Keith Appling and a freshman Gary Harris forms an awfully talented and athletic starting five. Four of those players were top 35 recruits by RSCI, and the fifth is the senior Nix (#88 in 2009). The spectre of 2010-11?s disappointment remains, but I just feel like Izzo can be trusted to do good things with a roster this talented. The health of Dawson will be an important issue as the season gets going, as the depth of this roster doesn?t appear to be a strength, but I think Michigan State will once again be a player in the Big Ten race, even without Draymond Green.