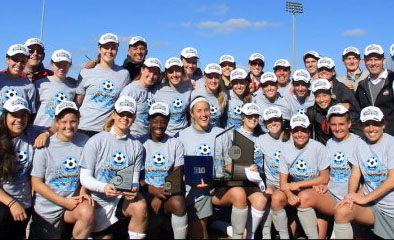 No. 2 seed Ohio State topped No. 5 seed Illinois, 2-1, to win the program's third Big Ten Tournament title Sunday afternoon at Armstrong Stadium in Bloomington, Ind. With the victory, Ohio State (16-4-1) tied the 2004 team for the longest win streak in program history at nine.

Tiffany Cameron scored both of Ohio State's goals, the first one coming in the 65th minute and the second in the 69th minute.

?We had a very difficult start to the season losing our first two games on the road, but we vowed to get better every single game and every single week in training and it has showed as this team has come so far,? head coach Lori Walker said. ?To play three games in five days is just really grueling and I?m very pleased with our performance.?