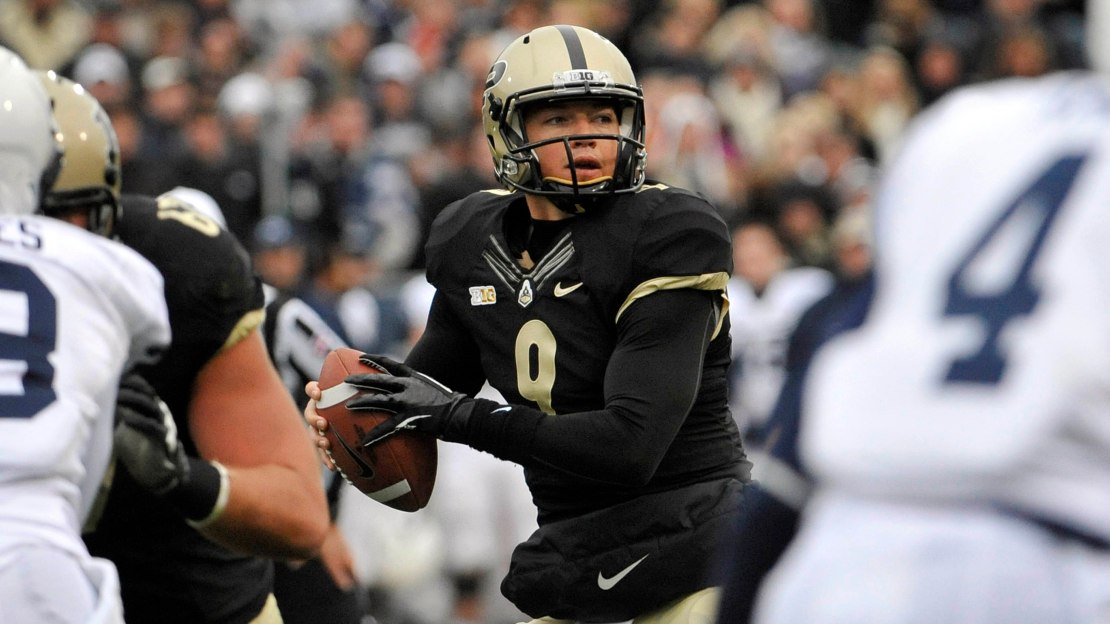 Penn State's secondary stifled the passing game, allowing just 31 yards through the air to Purdue in the first quarter and the Nittany Lions lead 10-3 at the end of the first quarter. The Boilermakers took the game's first lead after Sam McCartney made a 20-yard field goal on the last play of a seven-play, 49-yard drive.

Purdue's drive was keyed by Akeem Shavers' 37-yard run. The Boilermakers had to settle for a field goal after failing to reach the endzone from Penn State's three-yard line.

The Nittany Lions got even after Sam Ficken kicked a 27-yard field goal to end an eight-play, 47-yard drive that tied the score at three.

Michael Zordich ran six yards to paydirt to break the 3-3 tie in favor of Penn State. The play put a bow on a two-play, 48-yard scoring drive. The key play on the Nittany Lions' drive was Matt McGloin's 42-yard pass to Brandon Moseby-Felder. Penn State began the drive with good field position after Evan Lewis returned a punt.

The Nittany Lions have possession on their own 10-yard line to start the second quarter.

Player on the spot: Purdue quarterback Robert Marve. Danny Hope is jettisoning Caleb TerBush and inserting Marve in hopes of sparking a struggling attack, as the 3-5 Boilermakers? bowl hopes are waning. Purdue is riding an ugly four-game losing skid and needs to start winning right now. The Boilers have lost three of those four games by 71 points and blew a lead and lost in overtime at Ohio State. Marve-he of three knee injuries-has made one start this year and injects a playmaking element into an offense that needs a boost. But with potential reward comes the risk of a mistake, which Marve is prone to make.

Key matchup: Penn State quarterback Matt McGloin vs. the Purdue secondary. McGloin has more passing yards (2,115) than any Big Ten quarterback as well as a league-high 16 touchdown tosses. The Boiler defensive backfield was torched last week by a true freshman quarterback at Minnesota, allowing 246 yards on just 15 completions (16.4 ypc) and three touchdown passes. If McGloin is slinging darts, Purdue will be in trouble.

Key note: Purdue has scored on its first possession in each of the last three games only to be outscored 111-44 the rest of the way in losing each contest.