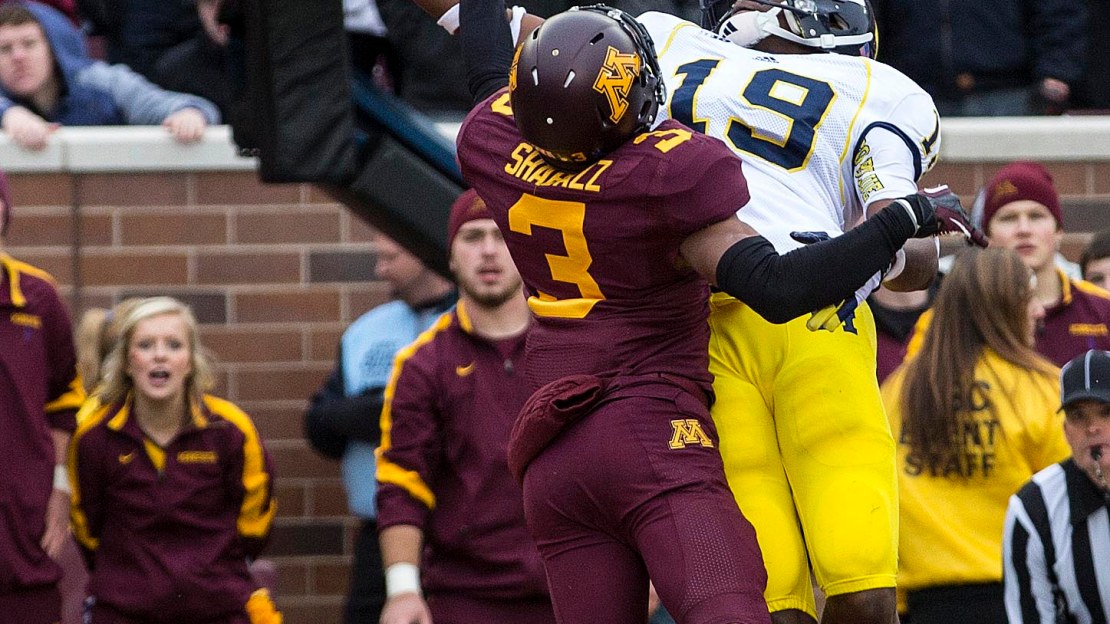 The first quarter saw both teams combine for no points and one turnover, and the game is tied 0-0 at the end of the first quarter. Minnesota is in a prime position for points on Michigan's 10-yard line to open the second quarter.

The biggest news from the game thus far is Denard Robinson being ruled unable to play moments before kickoff. Robinson suffered nerve damage in his right arm in last week's loss at Nebraska. Devin Gardner, who has played receiver this season, got the start for the Wolverines.

Player on the spot: Michigan quarterback Denard Robinson. How healthy is that right elbow that got dinged last Saturday night in a 23-9 loss at Nebraska? Robinson left the game in the second quarter and never returned. And the Wolverines? offense sunk into a deepening abyss that has seen Michigan fail to score a touchdown in the last two games. Robinson must show he can pass the ball at Minnesota, as the offense is getting too predictable.

Key matchup: Minnesota QB Philip Nelson vs. Michigan defense. The true freshman signal-caller has captured the imagination of the Gopher Nation with his effort last week in a 44-28 win vs. Purdue. Nelson hit 15-of-22 passes for 246 yards and three touchdowns in just his second start. But he will face his sternest test yet vs. a Wolverine defense that is No. 2 in the Big Ten (291.0 ypg).

Key number: 12, average points per game that Michigan is allowing in its last six contests. The Wolverines also are No. 1 in the nation in pass defense (145.2 ypg).

Key note: Michigan hasn?t scored a touchdown since the fourth quarter vs. Illinois on Oct. 13. Two games (Michigan State and Nebraska) have passed since.