Snap Reactions: Where does Iowa go from here? 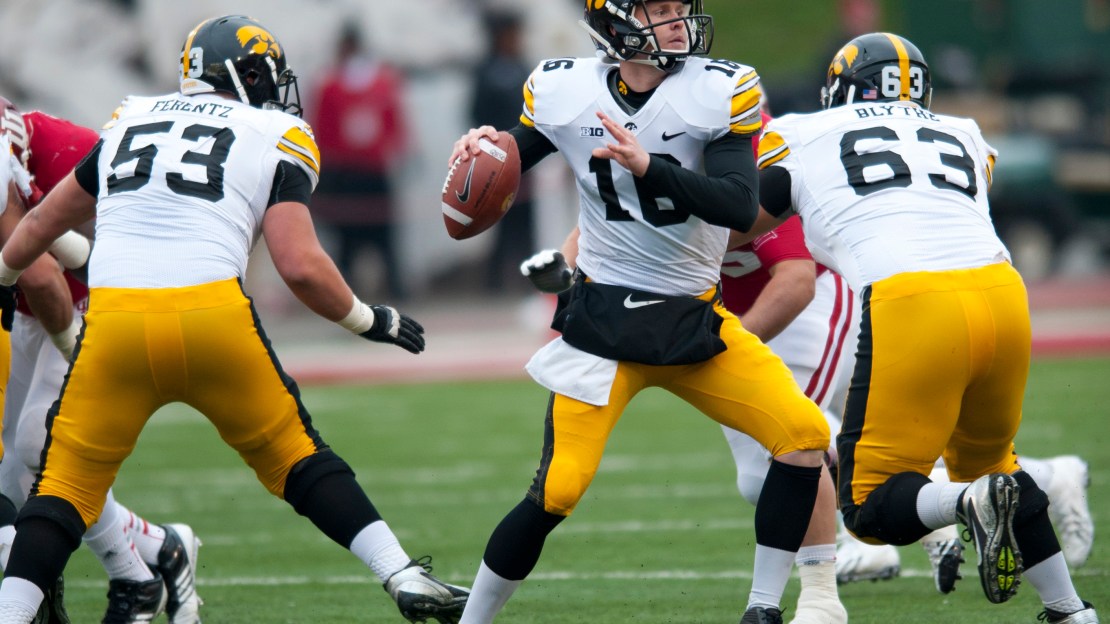 Every Saturday during the Big Ten football season, BTN.com senior writer Tom Dienhart offers his Snap Reactions to each conference game. Get Dienhart's immediate thoughts from Indiana, Ohio State and Penn State's wins in this post. Want a teaser? Following its loss at Indiana, Dienhart wonders where Iowa goes from here?

Indiana 24, Iowa 21
1. Indiana showed some heart in rallying for victory over Iowa today at home, which sets up a big visit from Wisconsin next week. Beat the Badgers, and Indiana will control its destiny in earning the Leaders Division spot in the Big Ten title game. Maybe we shouldn?t give that Big Ten coach of the year trophy to Bill O?Brien just yet.

2. The Hoosier offense continues to excel, notching 473 yards with 406 coming through the air. But let?s give the defense some credit. It yielded just 347 yards, allowing only 96 on the ground.

3. Where does Iowa go from here? It?s quickly looking like a lost season in Iowa City, as the Hawkeyes are now 4-5 overall and 2-3 in the Big Ten. The Hawkeyes welcome struggling Purdue next week, but getting a sixth win may be tough with the last two games being at Michigan and vs. Nebraska.

Ohio State 52, Illinois 22
1. Ohio State had a letdown vs. Purdue a few weeks ago, getting pushed to overtime before winning. But there was no such letdown today against an overmatched Illinois team. Braxton Miller had another strong day and enhanced his Heisman resume by hitting 12-of-20 passes for 226 yards and two touchdowns. He also ran for 72 yards and a score.

2. The Buckeyes are one step closer to finishing unbeaten following the domination of Illinois. Ohio State is off next week before finishing at Wisconsin and vs. Michigan. Can the Buckeyes finish off the perfect season? You have to like their chances.

3. Illinois continues to struggling, looking for something positive to build on. There wasn?t much today vs. a very good Ohio State team that notched 570 yards, with 333 coming on the ground. The Illinois offense had little success, gaining a scant 170 yards.

Penn State 34, Purdue 9
1. Penn State showed more resiliency in winning in impressive fashion at Purdue after the Nittany Lions saw their five-game winning streak end last week. Penn State dominated on both sides of the ball from start to finish. The Nittany Lions have six wins. How many will they finish with? Games remain at Nebraska, vs. Indiana and vs. Wisconsin.

2. Matt McGloin padded his senior season resume even more by hitting 22-of-36 passes for 316 yards with two touchdowns. McGloin?s attack finished with 507 yards.

3. Purdue?s offense just can?t find any life as its losing streak is now five. The staff tried to shake up things by starting Robert Marve at quarterback. But it did little to spark the attack that finished with only 376 yards. Purdue had only 87 yards rushing on 26 carries. The biggest issue is a spotty offensive line that has a lot of work to do.