Robinson out, Gardner starts for Michigan 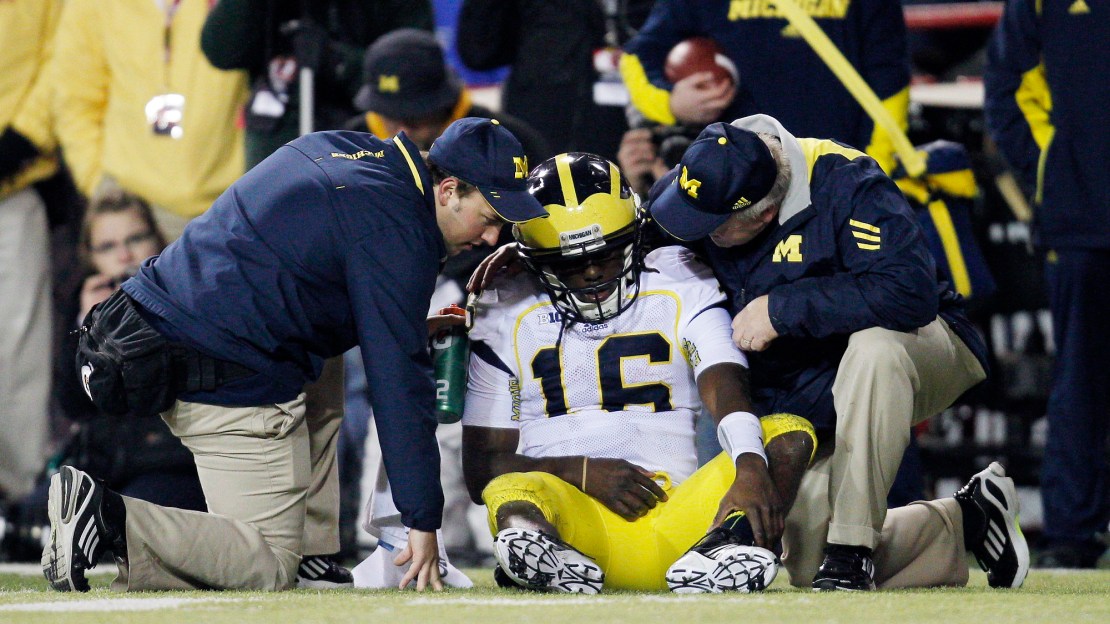 Michigan quarterback Denard Robinson has been ruled out of Saturday's game at Minnesota, which is live on BTN/BTN2Go. Robinson suffered nerve damage in his right elbow that forced him out of last week's loss at Nebraska. The Wolverines announced right before Saturday's kickoff that Robinson won't play because of an undisclosed injury. Devin Gardner, who was recently moved back to quarterback from wide receiver, is starting in his place.

Michigan coach Brady Hoke said all week that Robinson was improving and would play against the Gophers, but on a cold morning at TCF Bank Stadium the Wolverines decided not to play their senior star. Robinson hasn't been as dominant this year as expected, but he entered the game with 946 yards and six touchdowns rushing plus 1,319 yards and nine touchdowns passing.

Throughout today's game, we'll provide live quarterly recaps and post the best highlights on our Michigan at Minnesota page. Bookmark it, and come back all day.