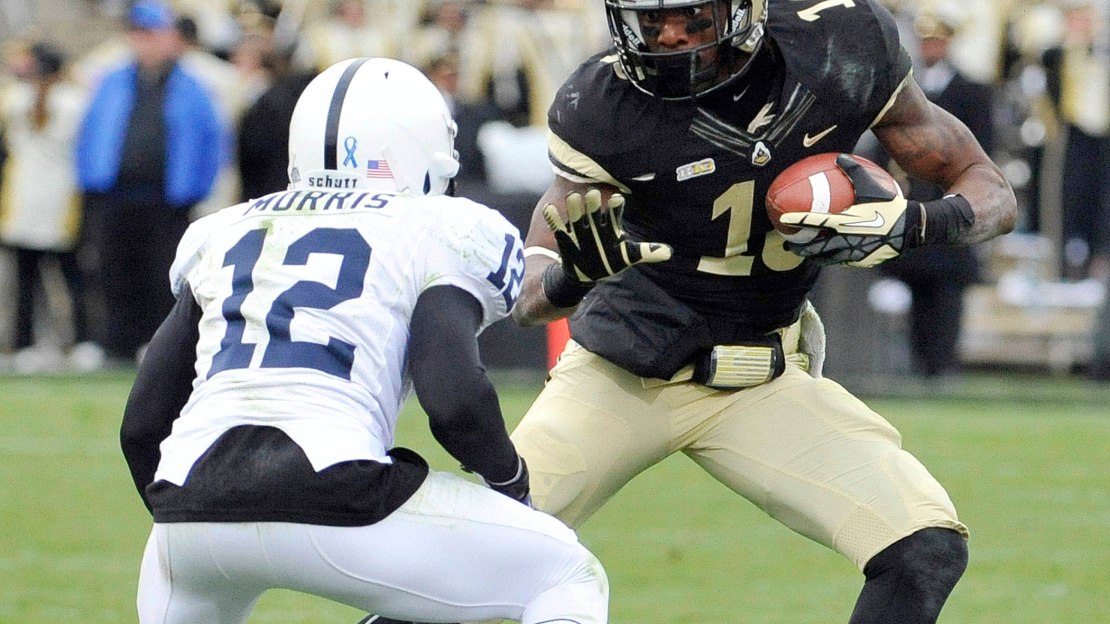 Matt McGloin passed for 321 yards and two touchdowns to help Penn State defeat Purdue 34-9 on Saturday. Brandon Moseby-Felder had six catches for 129 yards, Zach Zwinak ran for 134 yards and Michael Zordich ran for two touchdowns for the Nittany Lions (6-3, 4-1 Big Ten), who bounced back from a loss to Ohio State.

Caleb TerBush passed for 155 yards and a touchdown and Antavian Edison had nine catches for 93 yards and a score for the Boilermakers (3-6, 0-5), who have lost five straight and now will need to win out to become bowl eligible.

The pressure was on Purdue coach Danny Hope after athletic director Morgan Burke released a statement earlier in the week saying that the team's performance had kept the Boilermakers from reaching their goals, and that those associated with the program had expected the team to take a step up the postseason ladder.

FINAL: Matt McGloin found Brandon Moseby-Felder frequently, as both helped Penn State notch a 34-9 victory over Purdue on Saturday at Ross-Ade Stadium. Moseby-Felder made himself available to McGloin for six receptions and 129 yards.

Home run plays keyed Penn State's scoring attack. The Nittany Lions had six plays of 20 yards or more on their way to victory. With 4:25 to go in the first quarter, McGloin found Moseby-Felder open for a 42-yard pass, Penn State's biggest gain of the game. The big play set up a four-play drive that gave the Nittany Lions a 10-3 lead after Michael Zordich pounded in a six-yard touchdown run.

Even though the Boilermakers racked up the yards against Penn State, the Nittany Lions were able to secure the victory by tightening up defensively in the red zone. Penn State was burned for 376 total yards, but in four trips to the red zone, Purdue only scored two times.